BCH, and ADA jump with Bitcoin before falling back; price analysis 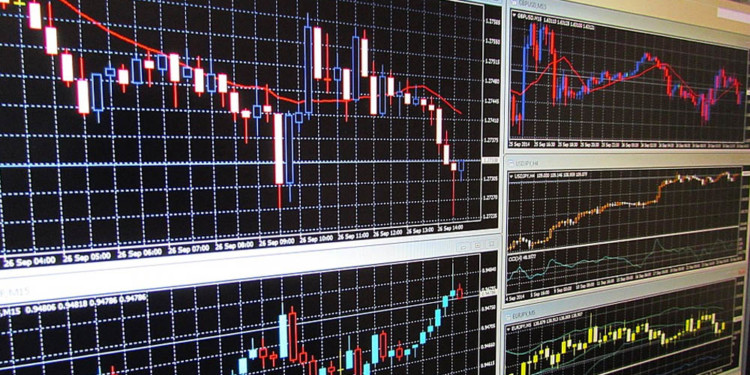 Bitcoin price has hit the highest in the year 2019 and along came the ripple effect that took Bitcoin Cash (BCH) price, and Cardano (ADA) price to jump.

Since the jump was largely based on the Bitcoin price rallying towards eleven thousand dollars ($11,000) mark an immediate correction with Bitcoin was also imminent.

Bitcoin Cash price jumped up as high as five hundred dollars ($500) mark but wasn’t able to sustain it like it’s elder brother the Bitcoin. 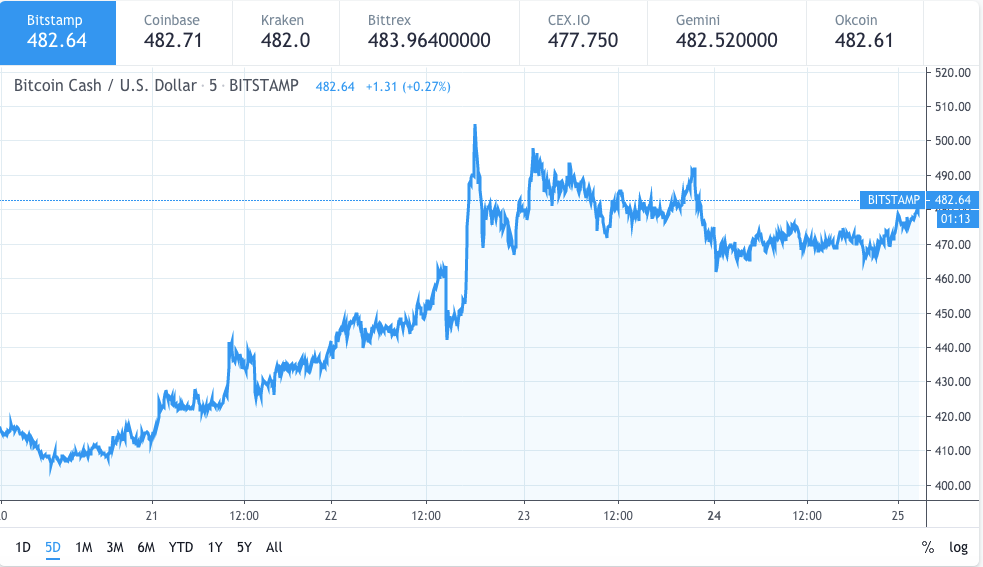 Cardano ADA price has also been fluctuating for quite some time looking to break through to the $0.1 mark, but to no avail so far.

ADA price has been hovering between $0.093 and $0.099 throughout the day on 24th of June unable to break the resistance above that. 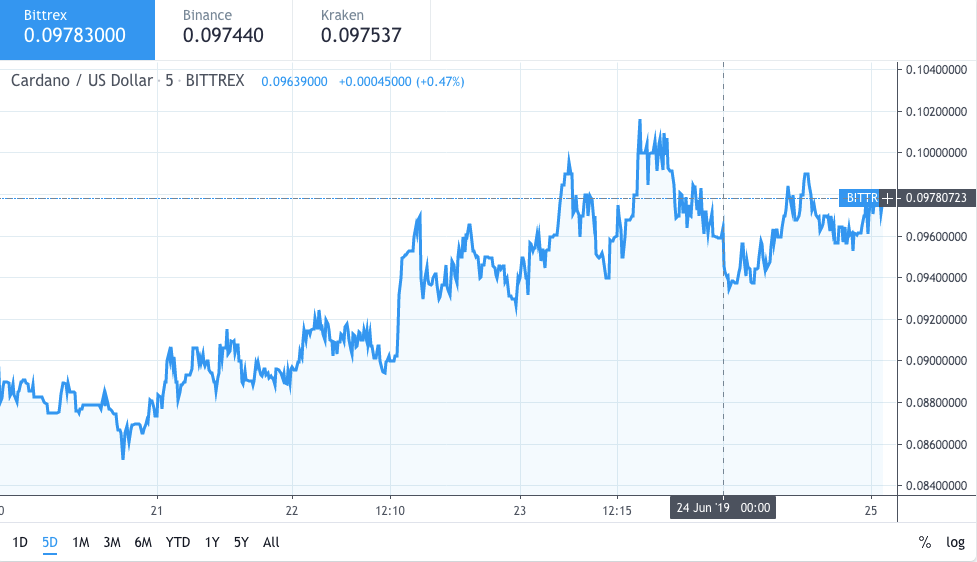 ADA price, however, remained above the $0.094 whereas, hurdles are lingering on levels above $0.096.

Taking a look at the total cryptocurrency market cap statistics, there has been a strong rally above the two hundred and ninety billion dollars ($290.0B) and three hundred billion dollars ($300.0B) resistance levels.