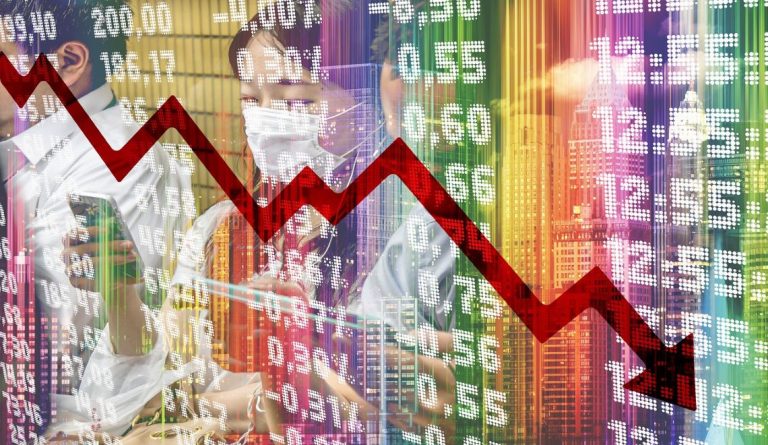 STEPN, a cryptocurrency trading game that offers nonfungible tokens (NFTs), will ban users in mainland China in order to comply with Chinese regulatory standards. Starting from mid-summer, the move-to-earn game will block geolocation services for users in mainland China. The token’s price dropped significantly following the announcement, losing 40% of its value within hours.

The company’s concerns have been fueled by reports that it will get compelled to migrate from mainland China. STEPN is a popular “move-to-earn” game based on Solana and BNB Chain, created by two Chinese emigrants now living in Australia.

STEPN, a game that got released at the end of 2021, has received a lot of attention worldwide. During the first quarter of 2022, STEPN generated approximately $20 million in revenue. The game presently has thousands of global players, although it’s unclear how many users of the play-to-earn game are from China. According to Dune Analytics’ numbers, the game has more than 580,000 users and about 39,000 actives in the previous 24 hours.

The popular fitness-focused game confirmed that it would be terminating the provision of GPS services to China-based IP addresses on July 15, as announced in the official announcement. According to the company, local users will have to make arrangements for their virtual assets before implementing the change.

STEPN operations are based on GPS technology, which records users’ footsteps and motions after purchasing virtual NFT sneakers and converts them into in-game usage tokens. Come mid-July, STEPN will close all mainland Chinese-based accounts for regulatory reasons. The platform advises long-term residents of China who wish to sell their assets on the platform before then to do so if feasible.

The news sparked a market drop, with investors selling assets. The floor price of a “sneaker” on the platform prior to April’s launch of STEPN was about 13 SOL, but it has since decreased to just 8 SOL. Also, STEPN’s utility token, GMT, has plummeted by about 30% in the past 24 hours, most of it occurring after the news.

The company’s founder, Jerry Li, said after the announcement that mainland Chinese users make up 5% of the platform’s overall user base, implying that the firm’s withdrawal from this market will not have a big impact on its financial success. According to STEPN’s official Twitter account, daily active users rose to more than 500,000 in May, up from 300,000 in April.

STEPN aims to demonstrate that it is feasible because other blockchain companies pay commissions to the entity for marketing their products or tokens to its users, who are quickly accessible through the move-to-earn concept, according to Rong last month.

STeMP has yet to explain why the team made this decision but did suggest that it was in keeping with local legislation on Twitter.

STEPN has always attached great importance to compliance obligations and always strictly abides by the relevant requirements of local regulatory agencies. We also remind users to beware of scams.

For years, China has been cracking down on cryptocurrency-related activities, and the People’s Bank of China’s (PBOC) warning about foreign cryptocurrency exchanges in 2021 prompted large platforms like Binance and Huobi to leave the country.

The Chinese government is notorious for its paranoia about foreign surveillance and tight controls on technologies that aren’t approved by the state. State government officials banned the use of Tesla cars last year due to their facial recognition cameras. China’s government claimed that the technology might be utilized for espionage, allowing authorities to collect data on the country covertly.

Earlier this year, the country’s overall prosecutor increased monitoring of the metaverse and NFTs. Chinese authorities have warned of harsh penalties for financial felonies such as money laundering and fundraising via the metaverse, including things like imprisonment and execution.

The decision by STEPN to exit China is a sign of how the rest of the world is changing when it comes to cryptocurrency apps. Governments consider this to be an unregulated source of income, and they are demanding limitations on it. Taxation and KYC are two of the most essential concerns.

Critics have charged that such games are unsustainable since existing players are more likely to cash out their winnings than to continue spending money in the game, making it reliant on a continual influx of new participants. This has led some critics to characterize STEPN and other similar games as Ponzi schemes.

Many countries have seen a spike in game addiction, particularly owing to the rise of play-to-earn games like GameFi and play-to-win platforms. Latin America and Southeast Asia have experienced significant increases in these markets, prompting governments to pay attention.

However, in certain situations, enthusiasts will fight bans and limitations even if they are aware of the dangers. Bitcoin miners in China have defied the ban by increasing their hashrate to become the world’s second-largest hashrate.