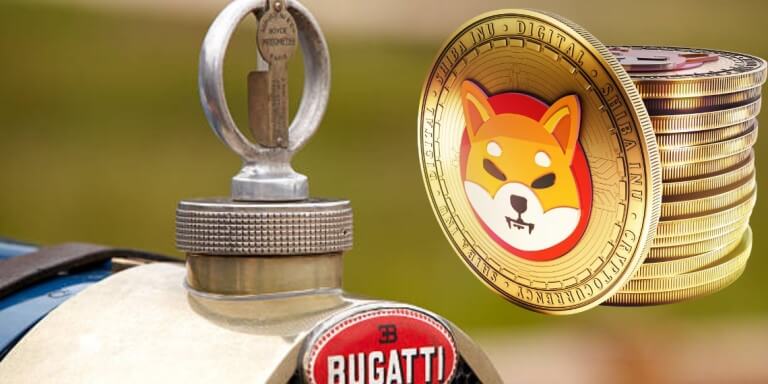 The Shiba Inu cryptocurrency’s developers have hinted at a major announcement in partnership with the Bugatti Group. A promotional video alludes to a range of handbags with a Shiba Inu pattern. However, neither company has commented on the partnership.

The Bugatti Group specializes in producing, distributing, and selling bags, purses, attaché cases, and accessories. This company has been around since the 1940s and has always been renowned for its magnificent designs and fabrics. The corporation has created its own set of non-fungible tokens, embracing the NFT and DeFi trend.

Since its launch in 2020, Shiba Inu has undoubtedly seen tremendous success, and this partnership merely demonstrates its commitment to establishing its mark in the world of NFTs and cryptocurrencies. Despite the significant price fall, the token’s demand shows no indications of abating in the near future.

The Bugatti Group project resulted in the creation of the Bugatti Group Genesis NFT Collection, whose owners enjoy privileges such as early access to drops, discounts on future purchases, and membership in exclusive social media communities.

The Bugatti Group NFT Project participates in the “phygital” business. Here, clients can purchase both physical and digital products. Customers who purchase the NFT collection through the Bugatti Group’s online store receive a “mint pass” that allows them to purchase limited copies of the product before its general release.

Since its inception in 2020, SHIB has established a number of noteworthy alliances. The team has been working tirelessly to destroy SHIB and initiate new projects for the SHIB Army. Additionally, the community eagerly anticipates Shibarium’s release.

After the supposed collaboration deal with Bugatti, the price of the dog-themed altcoin Shiba Inu surged in the early hours of Monday. Following the announcement, SHIB climbed 5.51% and traded at $0.00000888, a gain of 5.51%. The Shib Army, or the ferocious and devoted Shiba Inu community members, have much to look forward to in 2023.

In addition to the relationship with the Bugatti Group, the Shib Army anticipates the official introduction of the layer-2 solution Shibarium, the upcoming release of its whitepaper, and the launch of its Beta version.

The Shiba Inu team has not yet set a date for the project beyond the standard “soon” comment from its pseudonymous chief developer Shytoshi Kusama.

According to statistics from Whalestats, the top 100 ETH whales held an astounding $44.2 million worth of Shiba Inu tokens. This is a staggering 2% of their overall cryptocurrency assets.

On-chain data indicates that “crypto whales” have purchased billions of Shiba Inu coins. The number of Shiba Inus owned by the “whales” of Ethereum has surged dramatically. SHIB coin is currently the most frequently traded token among the top 1000 whales.

These whales have chosen Shiba Inu as their smart contract of choice, allowing it to become the most popular within this group. In addition, Whale Alert revealed that a transfer of over 3.37 trillion Shiba Inu tokens from an unidentified wallet happened.

The transmitting wallet is now empty, while the receiving wallet contains the whole number of tokens transferred.

In the last 24 hours, the SHIB burn rate has increased by 1395.89%, according to data from Shibburn.com at the time of writing. Shibburn reported in a tweet today that the Shiba Inu community jointly transferred 37.4 million SHIB to the burn wallet in the last 24 hours.

While the overall burn is not as high as it was near the end of last year and the beginning of this year, the increase from the previous day’s total burn of 2.5 million SHIB is considerable.

Two transactions comprised almost 85 percent of the 37.4 million SHIB burn. At 1:26 AM UTC, the first transaction saw 16,7 million SHIB delivered to the burn wallet. A check on Etherscan reveals that the wallet contains no SHIB but around 125 BONE.

At 3:57 AM UTC, a second transaction from a different wallet paid about 15 million SHIB to the burn wallet. This address has only 0.01 SHIB remaining, according to Etherscan data.

Despite the fact that some community members have recently complained about the rate of SHIB burns, it is worth noting that it is set to increase when Shibarium is released. Notably, they recently stated that BONE is the only token that may be used for gas on the platform.