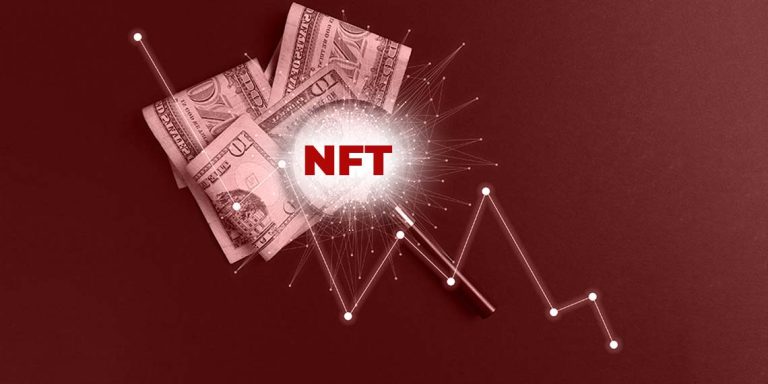 Critics of non-fungible tokens (NFTs) have long warned that the current NFT mania is temporary. Currently, there’s more and more evidence to support their claim.

According to the market tracker NonFungible, the typical buying price of a non-fungible token is now less than $2,000. This represents a decrease from January’s total of approximately $6,800. Moreover, total sales volume has decreased from $160 million to $26 million.

As a result, the direct sales of non-fungible tokens have plummeted from about 26,000 per day in January to fewer than 3,200. Compared to the start of the year, this represents a considerable decrease in sales. The secondary market’s daily sales have fallen from 38,000 in January to just over 7,900.

While direct sales peaked at 795,000 in August of last year, secondary sales reached a daily record high of 103,765 in September of last year. Values for some of the most well-known NFTs are falling. The $224,028.62 sale of a Bored Ape Yacht Club NFT on Friday morning appeared to be a large-dollar transaction. Yet, the client who acquired it at the end of January suffered a loss of $67,799.54.

CarMax and Take-Two Interactive Software had a combined market value of $23 billion a few years ago, more than non-fungible tokens. Just over $10 billion as of now, according to CoinMarketCap’s data

Inflation, the war in Ukraine, and more vigorous SEC monitoring of NFTs all appear to have contributed to the decline in the price of non-fungible tokens.

Skeptics haven’t been the only ones to predict the demise of the NFT. The most passionate digital art collectors predict a “disastrous market crash.” They feel the market will become swamped due to NFTs’ versatility and affordability.

Given the ongoing downturn, that seismic change has yet to take place. Compared to Cryptos, the greatest non-fungible token assets have done better this year.

NFTs, like cryptocurrencies, will be subject to more rules moving forward. For Instance, The SEC in the United States is investigating NFT developers to tighten market regulation.

There is a transition happening in the NFT field. Through primary market forces or a general cooling on panic, the cooling turns out positive for the space in the long term. The craze reduction might be a good sign. It implies that people are starting to perceive the sector realistically.

According to Neon co-founder Jordan Birnholtz, NFTs undergo two significant structural changes. First, consumers reject buzz and FOMO for an actual connection to content creators. Besides, individuals focus on constructing tokens with genuine utility; thus, they take advantage of airdrops and mints by creating high-value well-made tokens. With technology and art at the forefront, Birnholtz believes there will be a resurgence in interest in the NFT market.

How do NFTs wind up where they started? A hypothetical quest

These non-fungible token problems aren’t insurmountable. An improved use case with an inspired and wealthy stakeholder will help drive innovation higher. The sporting world provides a window into the future of NFTs in this regard. Besides ticket sales, sports organizations extract value from their fans by selling products.

Fan-team interactions can become more sophisticated with NFTs. This might enable both classic monetization methods like merchandise and ticket sales. Moreover, it allows for new scenarios like metaverse alliances and the swapping of collectibles. Startups like Autograph are already pursuing sports memorabilia.

NFTs have the potential to be more than just a storage medium for memories. Imagine a Chelsea fan in attendance for the 2021 Champions League Final between Chelsea and Manchester City. Although it will permanently be etched in the minds of people who saw it, the win’s significance fades after the last whistle.

An NFT-enabled ticket may provide continued possibilities for an avatar to use unique digital assets linked to the NFT. For example, a Chelsea jersey to gain discounts on items or other experiences in digital domains such as Fortnite or Roblox. Digital trade cards linked to NFTs could provide access to various sports-themed gaming options.