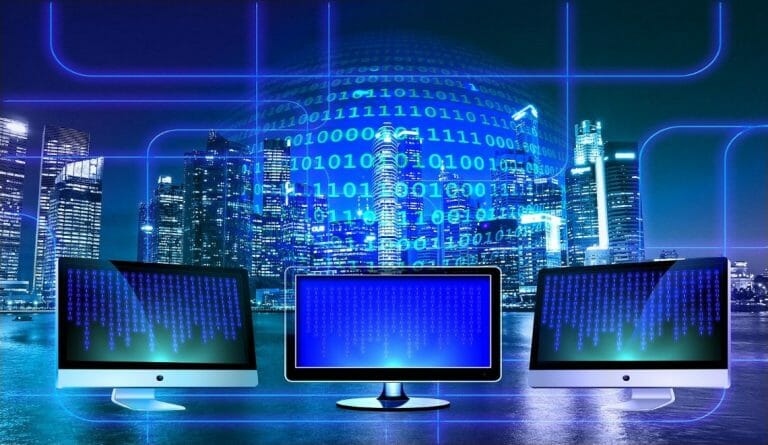 The decentralized crypto community is also concerned about regulatory issues. On Friday, the Coin Center — a non-profit think tank focused on cryptocurrency regulation — filed a lawsuit against the US Treasury Department and IRS, alleging that a 2021 infrastructure legislation’s requirement for tax reporting is “unconstitutional.” Coin Center went to court to block the enforcement of Section 6050I’s reporting requirement.

Coin Center, a Washington, D-based non-profit blockchain advocacy organization, filed a lawsuit against the United States Department of the Treasury and the IRS for allegedly drafting an unlawful amendment to the controversial infrastructure bill. The lawsuit focuses on the Infrastructure, Jobs Act, which was signed into law last year and is known as the $1.2 trillion spending bill that sought to boost infrastructure and stimulate economic development.

According to Coin Center, a tax provision in the bill encourages financial monitoring of crypto users. According to the firm, this clause breaks civil liberties by forcing crypto users to submit personal information to the government.

The regulation, which will come into force in 2024, requires investors who get more than $10,000 worth of crypto to provide the sender’s social security numbers and other personal information. The provision also included a highly controversial crypto tax reporting obligation imposed on brokers. That provision sparked a massive industry backlash, but it proved unsuccessful.

According to a formal announcement, Coin Center revealed the filing in the interests of protecting American crypto investors. The complaint states:

In 2021, President Biden and Congress amended a little-known tax reporting mandate. If the amendment is allowed to go into effect, it will impose a mass surveillance regime on ordinary Americans […] The reporting mandate would force Americans using cryptocurrency to share intrusive details about themselves, both with each other and with the federal government. Under the terms of the mandate, everyday senders and receivers of cryptocurrency would be forced to reveal their names, Social Security numbers, home addresses another personal identifying information.

According to the lawsuit, Coin Center is concerned that these regulations would force Americans to maintain sender information for up to a year in case any one of a set of transactions totals $10,000 or more. The new law will take effect in two years. The Internal Revenue Service and Treasury Chair Janet Yellen are the defendants in the case.

According to Coin Center, the new law will negatively impact the whole cryptocurrency community, including NGOs that receive anonymous donations and non-fungible token (NFT) artists who will be forced to give personal information about their clients to the government.

According to the lawsuit’s first assertion, Coin Center claims that the 6050I provision is not designed to gather data about third parties but rather information about the general public participating in crypto transactions.

According to the organization, the second claim concerns their freedom of association. In addition, the firm stated that a Supreme Court decision forbids the government from forcing organizations to maintain and report enlistment lists.

The suit claims that requiring individuals to collect “highly intrusive” data on others is unconstitutional under the Fourth Amendment. It also believes that forcing political organizations to reveal their contributors might violate the First Amendment.

Our suit leads with two major claims: (1) forcing ordinary people to collect highly intrusive information about other ordinary people, and report it to the government without a warrant, is unconstitutional under the Fourth Amendment; and (2) demanding that politically active organizations create and report lists of their donors’ names and identifying information to the government is unconstitutional under the First Amendment. The first claim is about privacy and our Fourth Amendment right to be secure from unreasonable searches and seizures.

The lawsuit filed by Coin Center against the US Treasury Department and the IRS is the latest chapter in a long-running debate over privacy in cryptocurrency. The ability of cryptocurrencies to offer pseudo-anonymous transactions of money has sparked significant opposition from governments, who argue it has enormous potential for money laundering.

The European Union has already implemented legislation requiring detailed reporting for cryptocurrency transactions in an attempt to prevent money laundering. In addition, the idea that Russia might utilize crypto to skirt recent restrictions has prompted calls for more monitoring.

The United States has been working to pass a crypto regulation bill and implement it, but the process is taking longer than anticipated. Last Monday, 7 June 2022, the Twitter community was awakened by a leaked copy of a US draft bill on cryptocurrency circulating on social media.

On a side note, Coin Center reached out to the crypto community for support, noting that:

We are considering adding additional co-plaintiffs to this suit, so if you might fit this description and are interested, please get in touch.

As the lawsuit progresses, the US Treasury Department is reconsidering a disputed plan to identify who manages unhosted bitcoin wallets. Yesterday, US Treasury Deputy Secretary Wally Ademo mentioned approved virtual currency exchange Garantex for shutting down Russian darknet marketplace Hydra and enabling ransomware in his speech at Consensus 2022.

The 2022 Consensus is one of the world’s most important cryptocurrency events. According to Adeyemo, even though cryptocurrencies have not been utilized effectively to violate Russian sanctions, the country is well-known as a hotspot for internet fraudsters who may use cryptocurrencies to commit additional crimes.

What is the future of crypto in the US, and how will it impact your investment? Will these new rules improve investor confidence and help fuel growth, or will they have a negative impact on crypto’s price? Investors question whether the US Treasury Department is heading in the right direction with cryptocurrency regulation.