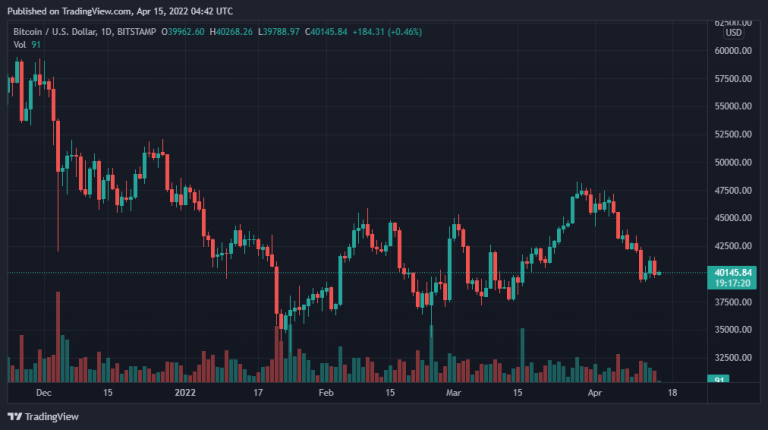 The global crypto market was performing exceptionally well the other day as new gains continued. The result was strength in value, as evident from the global market cap and individual performance of coins like Bitcoin, Ethereum, etc. But the situation has changed soon as it happens in the case of crypto because of the uncertainty that it faces. Unfortunately, the investors face another wave of bearishness that has made the market suffer. The change has affected coins from the top of the list, like Bitcoin, to smaller ones.

Market analysts believe that Bitcoin bearishness and inflation are both caused by the same reason. The instability in the markets is mainly because of geopolitical instability. As there are constant fears of expansion of the conflict, the markets haven’t been able to revive value. The changes will take place once there is proper stability. Political and economic certainty is both important for the growth of the market. If either of the two is missing, there are chances that the market will suffer. The market’s current instability is mainly due to the larger factors that might need time.

Bitcoin has continued to fluctuate in value as the changes in the global political scenario haven’t seen a positive change yet. For this reason, Bitcoin has made several attempts to continue in a bullish manner, but it didn’t happen. Instead, the gains for Bitcoin have fluctuated several times. The ongoing situation seems to be a continuation of it.

The recent data says a loss of 2.99% over the last 24 hours. If we compare the performance of Bitcoin for the last seven days, it has been affected by intermittent fluctuations and shows a loss of 7.49%. The deterioration in the situation has affected the price value of Bitcoin, which is currently about $40,147.30.

Binance Coin is also facing a difficult situation resulting from the current instability in the global markets. The repetition of the same pattern can be interpreted as the need for improvement in the investments, which might help it recover. Like Bitcoin, Ethereum has also been affected by the rising inflation rates in the US.

For the last 24 hours, its performance shows that it has shed 1.05%. The value of losses is low compared to Bitcoin, but if the bearishness lasts longer, it will affect this value. The seven-day losses for Binance Coin are relatively higher as they are about 4.49%.

GALA back to fluctuations

Gala had improved after the market turned bullish, but the sudden reversal has brought it back to losses. The recent data tells of the loss of 3.29% in its value in the last 24 hours. If we compare the value of losses for the last seven days, they amount to 12.32%, much higher than the daily losses.

Kusama has also been following the popular trend in the market as the changes ensued for Bitcoin and others. Kusama has suffered bearishness over the last 24 hours and has shed 0.53%. In comparison, the weekly performance shows even higher losses which amount to 12.58%. The price value of Kusama reduced further as the new losses brought it lower, and it is currently in the $162.75 range.

The global crypto market is again facing the same situation as the market has taken a reverse turn. The change has affected its value, and its current market cap value is about $1.87T. The value has fluctuated recently between $1.85T and $1.91T, which might be the new normal for the crypto market. If the situation persists for Bitcoin, the market will also stay in the same pattern. So, there is change needed for bigger coins which might start from Bitcoin and Ethereum stability.