10 of the Best Metaverse Cryptos with Long-Term Potential 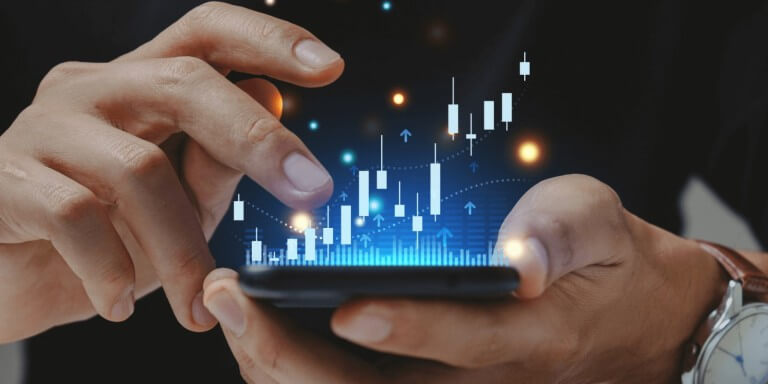 The metaverse was one of the most talked-about trends of the last crypto market cycle. With companies like Meta getting involved, many are expecting it to be one of the dominant trends of the next cycle as well.

That makes now the absolutely ideal time to start looking at the best metaverse projects to invest in. This list should help you figure out just that. Keep reading to find 10 of the best metaverse cryptos with long-term potential.

Metacade is the first virtual arcade in Web3. It’s a platform gamers can visit to access the latest P2E and GameFi projects in just one single place.

From fantasy RPG titles to strategy games, there’s something for everyone to enjoy in the Metacade. Users can play games casually on their own or with friends, or they can play competitively to climb leaderboards and enter tournaments with prize funds. And since Metacade has a focus on P2E gaming, gamers can also earn while they play.

Metacade is powered by the MCADE token. Users can earn MCADE by doing beta-testing, winning tournaments and prize draws, and contributing to the community. They can also use MCADE in governance voting and deciding which projects receive funding via Metagrants.

Metagrants provide funding to community developers who need it to bring their projects to life. This ensures that the community always has a steady stream of new Web3 gaming projects to enjoy in the Metacade.

When you put it all together, you get one of the best metaverse cryptosthanks to its widespread appeal, income-generating opportunities, and community-centric approach to building. This adds up to a project with the promise of real longevity. In fact, Metacade looks like it could be a mainstay of the metaverse and GameFi as a whole.

>>> You can participate in the Metacade presale here <<<

2. The Sandbox – Minecraft for Web3

The easiest way to describe The Sandbox is by thinking of it like Minecraft for Web3. And like Minecraft, it’s a virtual world in which players can own land, engage with the environment, and play with other gamers in different mini-games and social events.

The Sandbox was one of the best metaverse cryptos in the last market cycle, reaching a market cap of over $5 billion at its peak. This shows that it has buy-in already from both community members and major investment funds.

What makes the Sandbox interesting as an investment moving forward is its continued growth. The project is always evolving and should continue providing great gaming experiences that appeal to players beyond the Web3 ecosystem for years to come.

Decentraland is similar to The Sandbox in that both titles allow players to buy and sell land and play a wide variety of mini-games across large maps. However, Decentraland also has an interesting mechanic with wearables for user characters that helps it stand out.

Players can buy outfits and virtual clothing articles in the Decentraland marketplace. But these aren’t just designed by the Decentraland team. They can be submitted by other users, which opens up a cool way for virtual artists to earn income online.

Decentraland has a thriving ecosystem and has maintained a solid user base even though the crypto market has been in a downtrend for over a year. That makes it very likely that this project will be around for years to come.

It’s likely that Ethereum layer-2s will dominate the next market cycle and Treasure should have a role to play in that.

The project describes itself as a “bridge world” for metaverse projects in the Arbitrum ecosystem. Its native token, MAGIC, will help to connect different games into a single cohesive ecosystem so that players can transfer assets between them with fewer barriers.

It’s also important to note that this isn’t just the best metaverse project on Arbitrum since it’s also the biggest NFT marketplace on that chain in terms of volume. That gives it another path towards relevance that increases the chance of this project succeeding over the long term.

No list of the best metaverse cryptos would be complete without Axie Infinity. It’s the original P2E game, which brought the concept of play-to-earn to the masses and helped to create a thriving P2E industry in its wake.

Axie Infinity is a lot like Web3’s version of Pokemon. You get to own monsters, battle them against other players, and make money when you win. That’s a formula that should allow this project to continue succeeding for years to come – especially as the Axie team continues innovating and adding new features to its game.

Axie Infinity has had its troubles over the course of the past year but the project is still active, still has plenty of users, and will always have the attention of the community when it introduces new concepts to its game.

Many of the best metaverse projects have high barriers to entry. Players sometimes need to be able to spend thousands on NFTs to put together a basic team that they can use to simply play a P2E game and start earning income. This high barrier to entry makes it difficult for some of the smartest and most talented gamers across the planet to enjoy the best P2E games. Merit Circle was designed to fix that problem, however.

The company offers GameFi scholarships to talented players, who want to dominate P2E games and have the ability to do so,but lack the funding needed to get started.

As the GameFi industry continues growing, projects like Merit Circle should become increasingly popular. They expand access to this ecosystem and will become sought after as the price of entry for the top games continues going up due to higher levels of demand for key assets.

For many, My Neighbor Alice is one of the best metaverse cryptos emerging thanks to its fun, cute blend of virtual real estate and furry critters. It’s reminiscent of a P2E version of the popular Nintendo franchise, Animal Crossing.

In the world of My Neighbor Alice, players are able to buy land, build on it, and earn money by engaging with other players and trading NFT assets. When you put it all together, you get a Web3 game that’s truly enjoyable to play, which should help it thrive when the crypto bull market returns.

DeFi Kingdoms stands out as one of the best metaverse projects for lovers of the fantasy genre. It puts players into a world of mages and knights, quests, and summoning. The experience is unlike anything else in the world of P2E gaming.

DeFi Kingdoms was one of the most talked-about GameFi projects in the world when it was ascending to the top of the charts in 2021. However, it’s had some struggles since then, thanks to the broader downturn in crypto markets.

That being said, DeFi Kingdoms is still a project worth keeping an eye on if you’re looking to find the best metaverse projects for a long-term investment. It has a sizeable user base, which should become more vocal and active once the bull market returns.

The Metaverse Index isn’t a standalone metaverse project on its own. Instead, it’s a single token that investors can purchase to gain exposure to many of the best metaverse cryptos in the market.

For example, the fund is made up of projects like The Sandbox, Decentraland, and others. This allows a person to get broad exposure to the metaverse industry as a whole with a single buy.

Enjin Coin is one of the best metaverse projects that’s creating infrastructure for the industry. The company’s software development kits and business-friendly NFT tooling have allowed it to carve out a niche that should serve it well for years to come.

Enjin is one of the few projects on this list that doesn’t need a constant stream of new users to continue thriving. Instead, it appeals to Web2 companies and Web3 developers who pay a fee to access the company’s helpful tools.

This makes Enjin the rare metaverse project that sells B2B solutions instead of B2C games.

Metacade Stands Above the Rest

This list has covered a lot of the best metaverse projects out there. There’s a lot of potential to be had of course but if you’re only picking one token to invest in then Metacade is likely going to be your best bet.

Among the best metaverse cryptos, Metacade is the only one that gives gamers so much on a single platform. It also opens up tons of money-making opportunities for the public to enjoy without requiring a large barrier of entry to access them. With its high potential for longevity and earning, Metacade is getting lots of attention and with good reason.