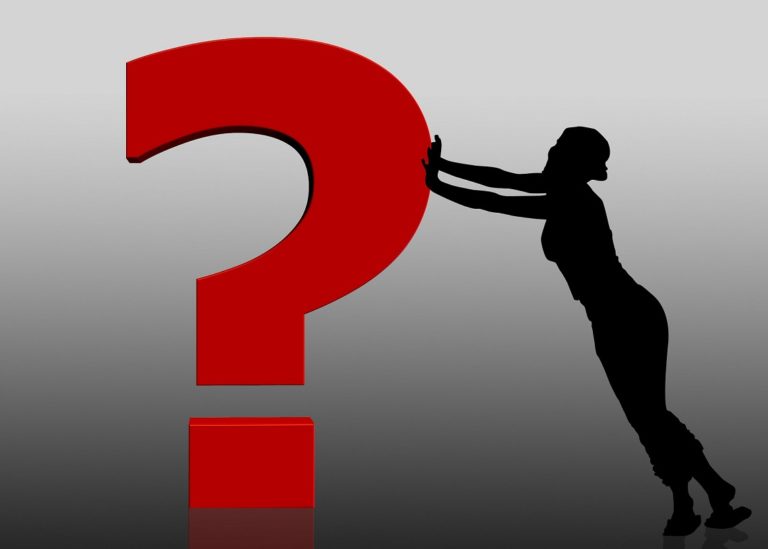 The long-standing debate about Tether’s manipulation of the crypto market with USDT is resurfacing again amid the recent rally in the market. Tether Ltd., the company behind the largest stablecoin, USDT, has been accused several times of inflating Bitcoin price especially, with its massive coin issuance – which is allegedly not fully backed, per claims. Recently, an anonymous author published fresh claims, narrating how the stablecoin has played a significant role in the Bitcoin market and how everything will become a mess for the leading cryptocurrency, should the Tether’s bubble burst eventually.

But is Tether really inflating Bitcoin price? How true are these claims?

As a stablecoin pegged to the US dollar, every USDT issued in the market is supposedly backed by Tether with $1 or an equivalent asset in value. The Tether website states:

Every Tether token is always 100% backed by our reserves, which include traditional currency and cash equivalents and, from time to time, may include other assets and receivables from loans made by Tether to third parties, which may include affiliated entities (collectively, “reserves”)

Even at that, one big question remains: does Tether actually hold US dollars or assets equivalent to every USDT currently in circulation (25.19 billion USDT per Coinmarketcap)? Although Tether provided a transparency page that details the stablecoin issuance and reserve, many people, including the anonymous author, doubt the data are true. At first, the source pointed out the ongoing case with iFinex – the parent company of the Tether and Bitfinex exchange – and the New York Attorney General (NYAG).

In April 2019, the NYAG asked iFinex to provide some documents regarding the Tether operations and crypto exchange to aid in an investigation that suspected Bitfinex was attempting “hide the apparent loss of $850m of co-mingled client and corporate funds.” Even before the investigation was officially launched, the source claimed that the prosecutor had already asked Tether to provide documents regarding its operations and USDT issuance, management, and accounting.

From that point, Tether had made legal objections to delay the transfer of the document to the prosecutor until July 2020, when the New York Supreme Court refused its appeal, giving Tether January 15 as the deadline to provide the requested document. However, in the latest court hearing on January 15, the deadline was also postponed to 30 days, as the court document noted that there were “still supplemental agreed-upon items that need to be completed,” although the companies have “largely completed the document production and have produced a substantial volume of material to the office of the attorney-general.”

Can Tether USDT affect Bitcoin and the crypto market?

Noteworthily, Tether USDT is the largest stablecoin and the third-largest in the cryptocurrency market. The stablecoin has grown so much that it became the main entry-currency to the crypto market. Many traders and investors prefer buying Bitcoin faster using the stablecoin, as well as to protect their capital from volatility. Per se, the crypto market also  depends on stablecoin – mostly USDT, which somewhat explains the reason behind the coin’s massive issuance. However, the anonymous author thinks this could become a problem for Bitcoin and the crypto market.

For the author, Tether USDT is somewhat fraudulent and will significantly impact the market value of Bitcoin should the court confirm the company’s fraudulent activities. In the report, it was further stated that Tether moved on to mint a massive number of USDT starting from the time of the investigation till the previous deadline for the disclosure on January 15. “This is consistent with the assumption that, as the various appeals rejected by Tether Ltd. tried to issue tokens faster and faster in order to maximize the amount of value that it could extract from the crypto ecosystem before it was closed,” the report reads, pointing out the massive USDT mints in a chart.

One other point mentioned in the article is the fact that the Bahamas publishes the actual amount of foreign currencies held in the local banks on a monthly basis. Deltec has been named as Tether USDT bank, and it’s also based in the Bahamas. However, there was some inconsistency with the volume of funds published by the central bank with that of Tether.

The number of foreign currencies held by all the banks in the Bahamas only increased by $600 million (from $4.7 billion to $5.3 billion) between January to September 2020. However, within the same period, the US dollar-backed stablecoin increased from $4.6 billion to $10 billion, which is an addition of nearly $5.4 billion.

Perhaps, a question from the author: So, if all the banks in the Bahamas didn’t make up the increase in USDT for that stated period of time, how would Deltec claim the funds are backed?

The anonymous author further noted how Tether USDT is not supported on regulated exchanges like Coinbase, Bitstamp, and other platforms. These exchanges don’t support the use of USDT for buying cryptocurrencies. Rather, the trades are conducted using fiat currencies like the US dollar, Euro, the British pounds, and the USD Coin (USDC) stablecoin. Per the article, the exchanges probably see USDT as a risky tool to decide not to work with it.

For other non-bank exchanges like Binance, Bit-Z, and HitBTC – which sees more volumes than Coinbase – a majority of the trades are all conducted using the Tether stablecoin. They don’t support direct crypto purchases using fiat currencies. Going by their gigantic trading volume, the author opined the USDT constitutes a critical part of Bitcoin and the entire crypto market at large. So, a shakeup for Tether could make a drastic impact on the market.

The rebuttal: Here’s what you should also know

It’s said that “demand” is one of the major factors that increase the price of an asset, and this can also be seen in play in this case. Bitcoin has been gradually rising to the mainstream over the past few years, which somewhat translates to more interest and demand for the cryptocurrency. Now, most big exchanges example Binance allows USDT for crypto purchase, which explains the rise in USDT issuance. Per se, the demand for Bitcoin is causing the rise in USDT minting and not the other way around.

For instance, there were evidently many institutions and retail investors buying Bitcoin last year, which probably pushed up the price of the cryptocurrency. So, the demand for the cryptocurrency at the time also caused a spike in USDT issuance. As seen from exchanges like Binance, many people in the market mostly use Tether stablecoin to buy cryptos and some people would also want to protect their capital in BTC by purchasing the stablecoin. This is also evident as Tether USDT wasn’t the only stablecoin that posted a growth.

The second-largest stablecoin, USDC, also noted a sizable growth that almost mirrors that of USDT in a year-over-year chart, if not greater. To put that in perspective, Tether USDT market capitalization increased by 438.7 percent from January 28, 2020, to the present, while USDC increased by 1,112 percent within the same period. Judging by this, one can say that there was actually more demand for stablecoins and not just Tether minting more stablecoin at will.

The anonymous author may have made a point with the discrepancy in the foreign currencies held by all the banks in the Bahamas and Tether’s assets reserve. However, the Bahamian bank, Deltec, recently reported that all the stablecoins issued by Tether are fully backed.

Every Tether is backed by a reserve, and their reserve is more than what is in circulation…We can see it first hand, so I can confirm that…if [the post’s author] took a little effort to go and dig a bit about the size of the Bahamian market of banking, [they] would have found out that the entire mass of banks has around $200 billion in assets, I believe. And we are a part of that…

While debunking the author’s claim that banks in the Bahamas don’t hold much volume as Tether assets, Pepin noted that they couldn’t hold Bahamian dollars nor serve domestic customers as they do not have an authorized dealer license.

From the author’s view, it seems like buying Bitcoin with Tether USDT means getting BTC or other cryptocurrencies for free – that’s if USDT is being printed massively at will, without any cash or asset equivalent to back it. However, this is probably not the case, as the rise in USDT in circulation corresponds with that of other stablecoins, meaning that there was an overall market demand for them. So, when these coins are minted to meet the demand, there is more likely an imminent rally.

Meanwhile, it’s also worth mentioning that Tether is not the most transparent company in the market. However, even if the ongoing court case detects inconsistency in Tether’s report, it probably won’t wreck the market as painted by the anonymous author. Needless to ask, how is a $25 billion asset responsible for Bitcoin’s $564 billion market capitalization? 6 mins read
Three Arrows could be liquidated due to the crypto market's bearish streak
29 June, 2022