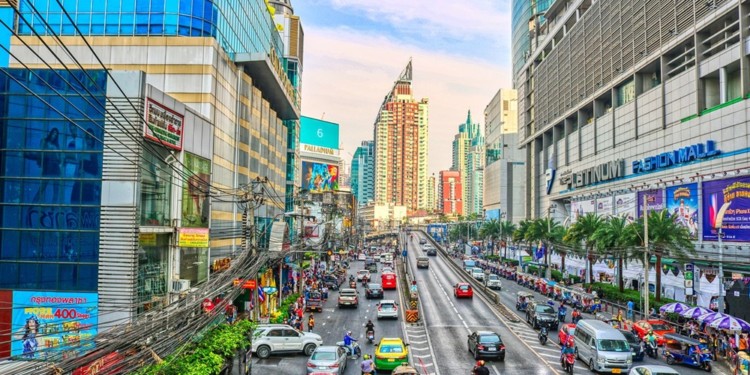 The once-dynamic cryptocurrency market in Thailand is still reeling from the aftermath of the announcement of its top cryptocurrency exchange’s forthcoming closure.

The digital assets trading sphere in Thailand suffered a catastrophic blow last week when the country’s largest cryptocurrency exchange, Bitcoin co, announced its bailout and requested users to clear their accounts before they officially cease to exist in a month. Although the exchange provided an explanation stating bigger plans in the pipeline, its users were left perplexed given the success it had achieved so far.

Naturally, the entire cryptocurrency space was taken aback, and it left them to wonder whether this was only a small setback before a wider clampdown by a military-run government.

One of the first to be officially approved by the Finance Ministry, Bitcoin Co spearheaded the cryptocurrency developments in the country. During the Bitcoin hysteria in 2017, its prosperity peaked when it facilitates over one and a half billion baht (BHT 1.5 billion) worth of Bitcoin transactions.

Simply put, it became a guiding light for many fledgling small-time entrepreneurs.

Thus, immediately after the closure announcement, the prices of the digital assets slumped. The panic-stricken market caused Bitcoin to plummet by ten percent (10%) and trade for as low as nine thousand dollars ($9000). Soon after, other cryptocurrencies and digital followed the trend, and the price cutback ranged from two to sixty percent (2-60%).

Cryptocurrency market in Thailand yet to recover

It’s been two weeks since the unfortunate announcement, and things are not looking bright for the cryptocurrency market in Thailand.

According to the Bangkok Post, attempts are being made to get in touch with the company’s management for a more understandable response. News agencies are on a hunt for any relevant testimonials or external sources who could elaborate on what actually went wrong.

Some speculate that following the decree on virtual currencies that came into effect on June 2018 was the leading cause of the things spiraling down for the firm. The overarching rule states that all cryptocurrency-related businesses, including exchanges, wallets, or payment providers, must be registered with the finance ministry.

In addition to these stringent registration rules, the exchanges were required to provide customer information to SEC daily, which many surmise, could be the reason behind exchange’s collapse.

There are also theories about the market reaching its maximum saturation point and that other cryptocurrency exchanges in the country would soon follow the path to inevitable doom.

Indeed, Bitcoin Co closure leaves us with more questions than answers. Why would a company, at the peak of its power, want to stall its operations overnight? And while Bitcoin Co’s startling disclosure has become more of a case study for anticipating SEC’s next move, it remains to be seen whether the cryptocurrency space in this royal South East Asian country will ever return to its former glory.