Review: Chainlink 2022 in numbers and graphs 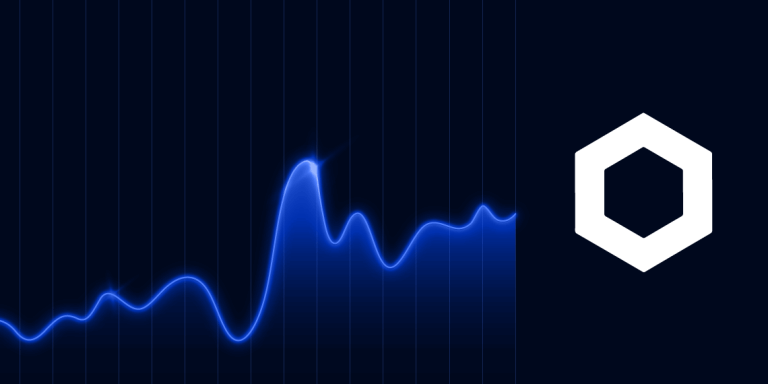 2022 was a highly productive year for WEB3 protocols like Chainlink and Solana, but bearish for cryptocurrencies.

Chainlink registered multiple milestones throughout the year, and its native coin, LINK, dropped from $23.5 in January to $5.7 in December 2022, losing 75% of its value.

Chainlink is a decentralized oracle built on the Ethereum blockchain. The oracle facilitates the transfer of tamper-proof data from off-chain sources to on-chain smart contracts.

Its feeds connect blockchains with payments, events, prices, scores, and other real-world data.

The Chainlink protocol provides the status of reserves for stablecoins, wrapped assets, and real-world assets with over 700,000 reported checks.

After FTX filed for bankruptcy, multiple platforms rushed to publish their proof of reserves to prevent a similar bank run on their accounts. Binance CEO Changpeng Zhao made the first move to publish their reserves, as multiple users demanded transparency.

In late September, Chainlink introduced the Sustainable Chainlink Access for Layer 1 and 2 Enablement (SCALE) program centered around accelerating the growth of blockchain and layer-2 ecosystems while increasing the economic sustainability of the protocol.

The program proved effective in onboarding new members, including Avalanche, Metis, and Moonbeam.

The Chainlink builder community was highly active throughout the year, with representations all over the globe. Over 18,000 builders attended Chainlink hackathons and organized over 265 meet-ups worldwide.

Such events fuel innovation and ecosystem growth while providing builders with a platform to showcase their work to willing investors.

2022 marked the first in-person SmartCon event by the oracle, and tech luminaries like Eric Schmidt, forward-thinking entrepreneurs, and developers braced the event.

The year also saw SWIFT announce a proof of concept enabling it to send messages instructing on-chain token transfers. The idea is to allow SWIFT to become interoperable across all blockchains.

Research, innovations, and developments such as an FSS prototype, DESO alpha proofs of concept, and off-chain reporting provided solutions to critical technical challenges around privacy, transaction ordering, and scalability.

As we embrace 2023, WEB3 remains poised to secure trillions of value across the global economy.

Chainlink Economics 2.0, launched in 2022, will chart the development of the protocol through the year by embracing the BUILD, SCALE, and staking products. They released the staking product to the public on December 8, and users filled the entire allotment in three hours.

Decentralized Oracle networks play a crucial role in the growth of WEB3 as they seamlessly and securely connect smart contracts with the real world, enabling Web3 ecosystems to transact with traditional industries in developed markets across the globe.

Chainlink assures trust between parties underpinning much of the WEB3 economy; in 2023, we anticipate TVE growth and overall impact across the world economy.