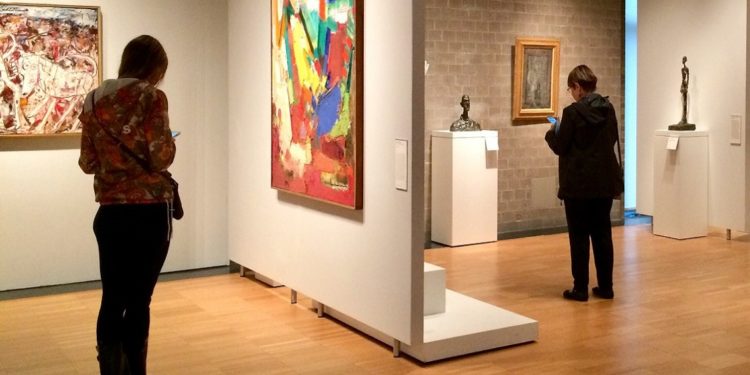 MakersPlace, an Ethereum-powered blockchain-based digital art marketplace, is offering a 4K-resolution art masterpiece by UK-based Terry Flaxton. The artwork builds upon the famous ‘fall of man’ series and is Terry’s offering on the blockchain art website in his 50 year career.

Get ready for acclaimed #video artist @tflaxton's Under Every Desert a Sea: an evolution in the world of video art & the FIRST ever #4K video artwork to hit our platform

Debuting on MakersPlace with his rare 4K masterpiece, Terry Flaxton is a famous cinematic genius whose works have stunned audience since 1970. The use of Blockchain in the art realm is witnessing a rising graph. Authentic digital artworks have secure verified credentials.

His latest 4K-resolution project titled ‘Under Every Desert at Sea’ is a 4K masterpiece. The art focuses on the planet Earth’s fate and human actions. It concentrates on altering human outlook towards nature and shows human will. By bringing a famed artist into the blockchain fold, MakersPlace has redefined the possibilities in digital art realm.

MakersPlace has built a niche for itself in the vase digital art marketplace. Every piece sold here is digitally authenticated by the creator. Therefore, fake copies lack genuine credentials as well as the detailing efforts put in by the original maker. The originality of the base version remains intact despite plagiarized copies flooding the market.

The latest Terry Flaxton artwork ‘Under Desert at Sea’ would have ten editions in total. Out of these, users can purchase nine editions for a price of 0.6 ETH each. However, the last edition will go under the hammer and to the highest bidder.

Flaxton is a prominent figure in the art realm. His work has been showcased in 200 exhibitions across the globe. Popular art destinations like Berlin’s Museum of Modern Art and the Lux Centre in London feature his artwork. He has successfully made the transition from analog to digital art, thereby reaching a much broader audience base. Now, MakersPlace is ensuring his artistic prowess can touch more lives.

Dannie Chu of MakersPlace says that great artists like Terry Flaxton get authenticity protection on MakersPlace. The fundamental characteristic envisioned in Blockchain allows artists to digitally sign their artworks and also sell limited artwork editions directly to the collector. The concept of verification helps protect the authenticity of the artwork.