El Salvador continues to lead Bitcoin from the front 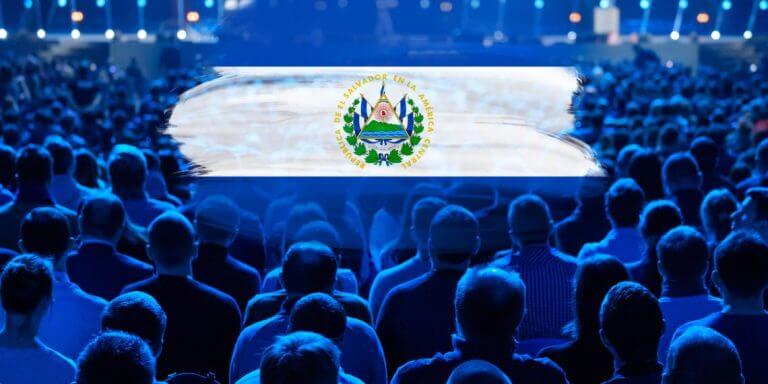 El Salvador was the first nation to embrace bitcoin as legal cash in 2021. In the past year, there have been no indications that the country will abandon the crypto accord. El Salvador will host the event “Adopting Bitcoin.” This conference encourages Bitcoin adoption in the context of establishing a more egalitarian and decentralized financial system.

There will be 110 speakers from 30 countries at Adopting Bitcoin. The speakers include Senator Indira Kempis of Mexico. The conference will examine technology and financial inclusion.

The conference takes place from November 15-17 in San Salvador and Bitcoin Beach. The conference unites the bitcoin ecosystem for the purposes of collaboration, networking, and education.

Galoy Inc., whose bitcoin banking platform powers Bitcoin Beach Wallet in El Salvador, has organized the event. In addition, the bitcoin exchange Bitfinex will be the event’s main sponsor. Bitfinex is collaborating with the government of El Salvador to develop a financial technology platform for the issue and trading of the proposed Volcano Token.

Nobody anticipated in 2021 that a sovereign government would use Bitcoin as a legal tender. The action altered the public’s opinion of both the nation and its currency. El Salvador is currently making progress toward becoming the Singapore of Central America and a model for financial inclusivity.

On the other hand, Bitcoin is proven to be an excellent exchange medium that can support millions of daily transactions. The first two days of the conference will be held at the Crowne Plaza convention center, where speakers will discuss the most recent technological and economic advances in the Bitcoin ecosystem.

Jon Atak, a Bitcoin Core engineer who recently earned a grant of $50,000 from the Human Rights Foundation, will offer one of the conference’s most important technology presentations.

In addition, Senator Indira Kempis of Mexico will be the most important speaker at the economic conference. In the past, Kempis made news for her advocacy of central bank digital currencies (CBDCs). Additionally, she made headlines for her efforts to legalize bitcoin in Mexico.

The main stages of the multi-track event will feature real-time Spanish translations. On the third day of the event, delegates will travel to Bitcoin Beach in El Zonte to discover where bitcoin adoption in the country began.

“After less than one year, we are seeing one in five people use bitcoin daily. Now delegations of representatives, bankers and technologists from all corners of the world are coming to El Salvador to learn how bitcoin can be used as a tool for financial inclusion.”

The event is accessible to Salvadorans for a discounted ticket of 21 dollars.

The present crypto environment ahead of the conference

The cryptocurrency market is currently in turbulent waters. The current market environment is by far the worst crypto winter ever. Bitcoin (BTC) reached new weekly lows on September 28 as risk assets declined overnight.

Bitcoin momentarily surpassed $20,000 on Tuesday, reaching its highest level in more than a week, but it has yet to break out of its narrow trading range. The world’s largest cryptocurrency by market capitalization declined as the bear market for stocks deepened.

In discussions about when the bear market of 2022 would end, the application of data from prior halving cycles has led to divergent opinions. The current market condition is notably distinct from prior crypto bear markets.

This market downturn was precipitated by a wave of bankruptcies and bankruptcy troubles that permeated the cryptocurrency business, as well as interest rate hikes enacted by central banks to combat the inflationary rampage.

This year, digital currencies have strongly correlated with U.S. stock markets, prompting investors to monitor monetary policy. Higher interest rates have exerted pressure on the S&P 500 and the tech-heavy Nasdaq, which has spread to other risky assets, such as cryptocurrencies.

The recovery in bitcoin, which began on Monday, occurred despite a decline in U.S. stocks, with the S&P 500 finishing at its lowest level since 2022. On Tuesday, futures prices increased. Thus, there are indications that the link between cryptocurrencies and stocks may be decreasing.

In addition, the United States Federal Reserve has made no pledge to halt this year’s interest rate hikes, which are exerting pressure on risk assets, including cryptocurrency.

Meanwhile, investors are constantly monitoring the U.S. dollar. This year, the dollar index, which measures the greenback against a basket of currencies, has increased by more than 18%. Bitcoin travels in the opposite direction of the dollar; thus, a strong dollar is bad for bitcoin.

However, market observers note that the dollar index may be nearing its peak, which would signal a probable bitcoin bottom. That could be a factor in the rise of bitcoin. El Salvador is about to introduce a factor that could positively affect the depressed cryptocurrency market. November will be a turning point for the ecosystem of digital assets.