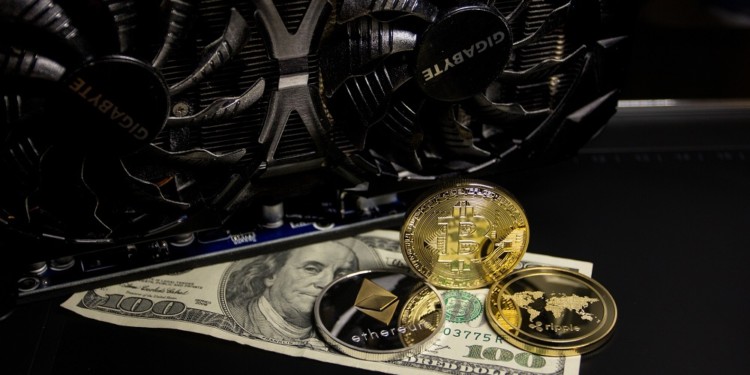 Making grounds and continuing to go viral is the news that US Federal Reserve is preparing for the Digital dollar launch. It all started with a Tweet that says Fed to announce the digital dollar launch as soon as tomorrow by Marc Fleury @Docfleury.

Breaking: FED to announce Digital Dollar (like the China effort) tomorrow . ‘To serve the globe as a means of exchange’. -ex CFTC chairman #cfcstmoritz pic.twitter.com/gvvrVDnWgt

However, further findings revealed that the rumor came from the quoted statements of former CFTC Chairman Chris Giancarlo. Chris is popularly known as Crypto Dad and was quoted while attending the Crypto Finance Conference holding in St. Moritz from January 15 to January 17.

The idea of creating a digital dollar has been a hot topic in the US for a while. It has been discussed at the government level since the fall of 2019 as Mark Zuckerberg, Facebook CEO, urged that the United States should not allow China to win the digital asset launch rally. Zuckerberg believes that if China is ahead of America in the digital currency launch,  it will get an audience of 1.7 billion potential users.

The digital dollar launch rumor has continued to stir the water and elucidate several responses from different crypto key players.  Chris Giancarlo, former CFTC Chairman, believed the rumor started with Twitter after he expressed delight about the digitalization of global markets, tokenization of the financial market, and why regulators must anticipate the exponential rate of adoption.

Chris believes that looking back, the US would see digital currencies resulting in as big a change as the Internet, if not bigger. Morgan Creek Digital’s Anthony Pompliano says FED should digitalize the dollar whether or not the news is a rumor or not.

Pompliano said in an interview that the dollar should be tokenized. He sighted China, saying that other countries would tokenize their currency along with the South Asian country, and there won’t be a challenge between digital and non-digital currency.

Rumors are circulating that the Fed is going to announce an effort to digitize the dollar this week.

This would be similar to China's effort to digitize the yuan.

Whether the rumor is true or not, the Fed should absolutely digitize the dollar.

By tokenizing or digitizing the dollar fast, the US can drive that adoption globally and keep it as a global reserve currency, he advises.

However, Federal Reserve Chairman Jerome Powell and US Treasury Secretary Steven Mnuchin are of a different opinion. They called Bitcoin and cryptocurrencies a threat to national security, and both said there is no need for a digital dollar.

Speaking last month at a House Financial Services Committee hearing in Washington, Mnuchin affirmed, Chair Powell and I have discussed this. We both agree that soon, in the next five years, we see no need for the Fed to issue a digital currency, he said.