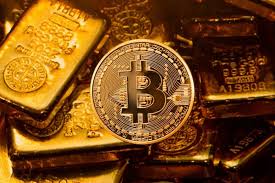 Bitcoin is now hovering around the $8,000 mark barely two days after smashing the resistance at $8,850 to make the jump above $10,000. Sellers have been pushed on the leading exchange platform, Coinbase, to sell their assets.

The bulk of sales orders has, in turn, caused the exchange platform to crash; the second time, it will happen in two weeks. With the Bitcoin halving set to occur in a matter of days, traders don’t want to be around if the events go sideways.

The waves that the third Bitcoin halving that is happening in a couple of days is generating has caused effects in the digital market. While some analysts argue that the leasing crypto would go the way the previous halving has gone by a surge in price, other analysts were quick to warn that the odds don’t favor a Bitcoin price surge this time around. The buzz has caused the price of Bitcoin to decline since it experienced a massive price surge in the previous weeks.

With the coin currently hovering around $8,600, the price of the coin experienced a massive pullback by 13% from Saturdays $9,900. The pullback happens in less than two days to the much-anticipated halving that is scheduled to occur this month, which has prompted questions about the effects the halving might have on the coins price.

Bitcoin traded at $8,100 against the dollar, which caused traders to submit massive sell requests, thereby crashing the exchange platform.

Analysts are keeping their fingers crossed if the forthcoming Bitcoin halving might be a good reason for the leading digital asset to experience a price surge or a miner capitulation that will happen after the mining has taken place.