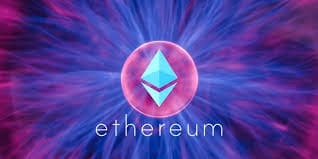 Hodlers of the second-largest digital assets, according to market cap, Ethereum, are presently enjoying maximum profits in the crypto market as a result of the surge in the coin witnessed in the previous weeks.

According to crypto analyzing outfit, Santiment, Ethereum holders are currently choosing to accumulate the coin even as most digital assets in the market are selling. Looking at the YTD gains pattern witnessed by Ethereum, one will discover that it has risen as high as 63% with Ethereum holders now hoping it continues on this rising trend in the coming weeks.

The holding pattern of Ethereum has sparked a tremendous surge in the price of the digital asset. About 16% of the total supply of the coin reported to have been in wallets for about five years. The volume of Ethereum hodlers wallet with unmoved Ethereum surged to about 271% after two days with big-time crypto firms, also increasing the number of the digital asset the hold.

The options market is unmoved over the surge in the price of the coin but said they had witnessed a rise in the volume of transactions that have taken place in the previous weeks.

Analysts say Ethereum is enjoying so much adoption and high volume transactions in the market because of the Ethereum 2.0 that was just launched. They have said that the new development would bring about a swift and faster way to perform transactions on the Ethereum blockchain.

According to a data submitted by ConsenSys, which focused on the amount of Ethereum hodlers which put into consideration what they plan to do with their assets, about 66% of respondents stated that they want at least five node validator run. The data showed that the majority of the population of respondents that wished to run their nodes hold a large amount of ETH, with half of them seeking about 5% profit.