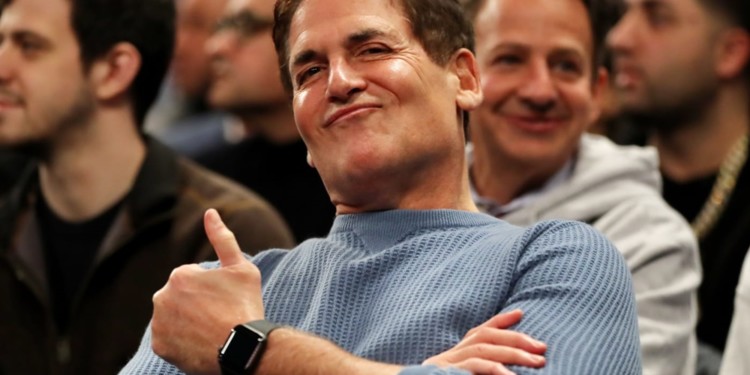 American business tycoon and billionaire Mark Cuban has never hesitated to launch broadsides against Bitcoin and other cryptocurrencies, and this time too, he takes a swing at the original cryptocurrency.

Like every emerging technology, Bitcoin too is trying its best to stand up to its most fierce criticism and meet the expectations of its admirers. Among the ones attacking Bitcoin with disparaging remarks is Dallas Mavericks’ owner Mark Cuban who considers it nothing more of a store of value.

Bitcoin is of no use, billionaire Mark Cuban

In his recent video for Wired, he put down Bitcoin and other cryptocurrencies by stating that they do not possess much value in the material world. When questioned on why looks down upon cryptocurrency technology in general, he says that it is because they do not have an intrinsic value.

It is like collecting art forms or hobby cards. Bitcoin is worth what its buyer is ready to pay, and that’s that. Just like collecting stamps and hobby cards would not yield moolah, Bitcoin too, will have no material value or worth if its buyers suddenly stop paying heed to it, he argues.

Cuban takes a jab at the cryptocurrency’s value in the real world by joking about its applications. He says that as much as one would like an expensive artwork to hold some significant value in everyday life, there is no arguing about the fact that it is nothing more than a poster on the wall. Bitcoin, in the same way as a painting or a baseball card, cannot be put to any use. Neither can you buy things with nor can exchange it for something of value, he claims.

Cryptocurrencies have come a long way though

And while that may be partly true, it has been proven time and again that cryptocurrencies possess a remarkable ability to facilitate cross-border payments, within seconds and without additional costs and go-betweens.

In countries like Venezuela, where people suffer from the ravages of hyperinflation, cryptocurrencies like Bitcoin and Dash have offered a touch of a faint chance of survivability. People in these countries have turned to Bitcoin as a way to hedge against the plummeting capital. Meanwhile, Dash has arguably emerged as the most-used cryptocurrency in the country with widespread applications in the retail industry.

Bitcoin is too complicated for a common man, Cuban

However, Cuban thinks this is all rather too complex to drive acceptance among users. By emphasizing on the market volatility, he compares the risks involved in buying cryptocurrency to buying gold.

According to him, cryptocurrency is hard to understand for ninety-nine percent (99%) of the population and many times, will not be able to estimate how much investment is too much, thus jeopardizing their hard-earned money.

There are too many unanswered questions, and similar to gold, it is often considered as a fall-back option. Per Cuban, people think of gold as an emergency standby when all hell breaks loose. When there is nothing else left, there is gold. It is the same case with Bitcoin, he contends.

In the end, Cuban jokingly remarked that he would prefer bananas over cryptocurrencies. Although he defended blockchain technology and its potential applications to tackle real-time challenges, he concluded his argument with a slightly pessimistic opinion on Bitcoin saying that he is not against it but rather prefer to keep his distance.