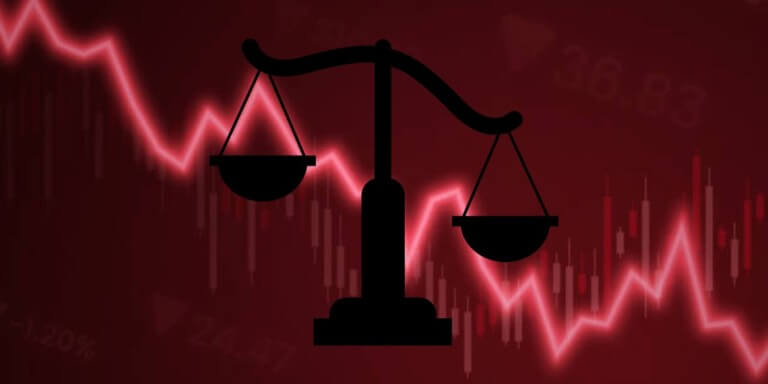 Celsius, previously one of the top crypto lenders filed for bankruptcy in mid-July 2022. At the time, the crypto lender reported having assets and liabilities between $1 billion and $10 billion and more than 100,000 creditors.

A federal bankruptcy judge ruled that cryptocurrencies deposited into interest-bearing accounts at Celsius Network, a defunct crypto lending platform, belong to the company according to the fine print.

According to a 45-page complaint from the U.S. Bankruptcy Court Southern District of New York, the judgment awards Celsius possession of the $4.2 billion in bitcoin that consumers deposited into its high-interest Earn program.

According to Judge Martin Glenn, Celsius’s terms of service made it evident that it had crypto assets deposited into its Earn product. The news has dealt a blow to some customers hoping to recoup their funds from the company.

With Earn, Celsius enabled users to deposit cryptocurrencies such as bitcoin, ether, and tether and receive weekly interest payments. Depending on the investment horizon and token, the site provided yearly interest rates of up to 18%.

As of July 10, 2022, Celsius had approximately 600,000 accounts in its Earn program, with a total value of nearly $4.2 billion, according to the filing. Stablecoins accounted for roughly $23 million of that value. All of that, however, now belongs to the estate, aka Celsius.

What does this mean for investors and Celsius?

This verdict stands in stark contrast to thousands of Celsius clients’ claims that their deposited funds were legitimately theirs. Last month, Celsius argued with consumers in court over the ownership of deposited funds as it sought to sell over $18 million in stablecoins from Earn accounts to fund its organization. Celsius can now sell these assets.

Those seeking to contest the court’s decision and recover their monies are unlikely to succeed since “there simply will not be enough value available to repay all Account Holders in full,” according to the lawsuit.

A rare point of agreement among all parties is that the Debtors’ liquidity is precipitously running out. The Debtors need to generate liquidity to fund these Chapter 11 cases and continue down the path either of a standalone plan reorganization, a section 363(b) sale, or even a liquidation plan.

The ruling permitting Celsius to maintain control over the assets in its Earn account will have repercussions for cryptocurrency investors using comparable products on other platforms, a number of which have also filed for bankruptcy in recent months.

In the future, this verdict may serve as a precedent for investors across the crypto industry and the interpretation of terms of service for platform depositors. This may also be indicative of what may transpire with other Chapter 11 bankruptcy proceedings in the crypto field, such as FTX, Voyager, and BlockFi.

On January 10, 2023, at 11:00 a.m. ET, the court will hold a hearing to examine a motion regarding the deadline for creditors of Celsius to submit their claims. Attorney Joshua Sussberg of Kirkland & Ellis has proposed that the deadline for proofs of claim be extended to February 9, 2023, assuming his proposal is adopted.

Wallet services are a less contentious area of worry for consumers of bankrupt cryptocurrency exchanges. However, even this subject is not without disagreement. In general, platforms like Celsius and BlockFi, another defunct cryptocurrency lender, have seen wallet funds as belonging to their customers as opposed to the companies themselves.

Some BlockFi users have filed a motion in its bankruptcy proceedings, saying that they attempted to convert funds from BlockFi Interest Accounts to Wallet Accounts prior to BlockFi’s insolvency but that BlockFi is now attempting to undo some of these transactions.