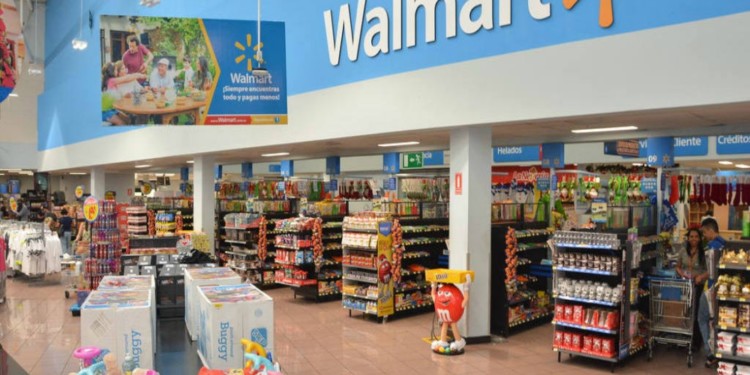 Walmart is in the process of introducing its own stablecoin Walmart digital currency, which will be backed by the US dollar.

According to a recent patent made public by the U.S. Patent and Trademark Office, the world’s biggest retailer is in the process of developing its own digital currency, another stable coin backed by the United States dollar along the lines of Facebook’s Libra.

With a mammoth employment force that even exceeds the population of several countries, any move made by this giant American retailer is bound to make the news.

Can Walmart do what Facebook’s Libra couldn’t?

The patent named “System and Method for Digital Currency via Blockchain,” released on Aug 1. It provides a rundown on Walmart’s plan for developing the stable coin virtual currency, bound by the US dollar, whose transactions and storing will be based on the blockchain technology.

The generation of intended digital currency is directed at offering its users with zero or low-cost alternative to storing their wealth. It can be redeemed and converted to value for money at a range of Walmart’s selected partners. All going well, these accounts will also render interests on the stored value.

With the pivotal US-dollar backing, this alternative currency can be used anywhere, further simplifying withdrawals and deposits. In a distant future, the retail giant also plans to associate it with other cryptocurrencies.

The patent filing also suggests that new currency will facilitate the low-income groups, with an economical way of managing and storing their money. For those who want to get away from the money-hungry traditional banking services, Walmart offers a ray of hope with cheaper ways of catering to daily financial needs.

That’s not it! The blockchain-boosted currency could further incapacitate conventional debit and credit cards. With a pre-verified biometric, the person’s identity will be more than enough to operate digital banking services.

The multinational retailer has high aspirations for creating a shared and open-sourced ecosystem, which will enable crowdsourcing activities in future. Through an open value exchange platform, the consumers can place orders for products or services directly with the service providers.

While Walmart’s blockchain investments are not new given the already existing large-scale applications in its supply chain and sales, will it be able to convince the overly stringent lawmakers and regulators of the US, unlike Facebook, who has not been able to snap back yet following a vigorous pushback? We will have to wait and find out.