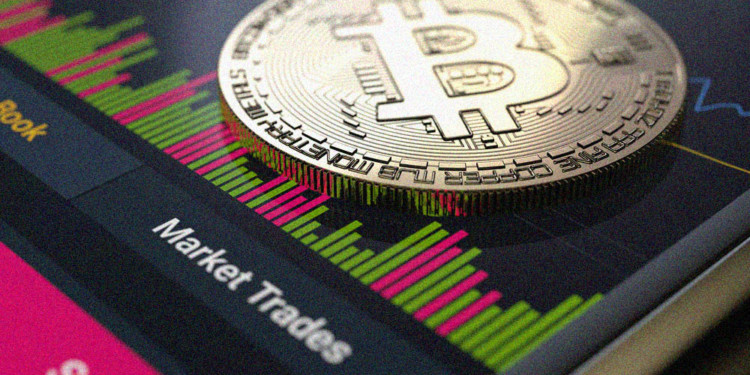 Exchange wallets are reportedly gaining control on Bitcoin volume in holding, and at the moment, it stands a little below seven percent (6.7%).

It is a widely accepted fact that Bitcoin exchanges are quite predominant in the industry. They provide liquidity and set the entire game plan for the market.

They hold a large percentage of the Bitcoin market, and the numbers are only rising by the day. At the moment, nearly seven percent (6.7%) of all Bitcoin supply is held by exchanges, which equates to around ten billion dollars ($9.8B).

Bitcoin price finally takes out $12,000 and ready for next bull rally

Could inflations in the US push a $15k BTC bullish triangle?

The crypto-community is well-acquainted with the idea of HODLers (with the term stemming from a typo!) – for holding the cryptocurrency rather than exchanging it. Exchanges are currently the biggest HODLers in the market, as indicated by TokenAnalyst on Twitter.

Exchanges are the biggest #HODLers 💼

Through price rallies & crashes, we see that the stockpile of $BTC on exchange wallets has consistently been increasing.

This chart is not inclusive of Gemini or Coinbase, each of which has substantial cold storage of many cryptocurrencies, including Bitcoin.

With each significant Bitcoin price crash, exchanges have further strengthened their holdings, which is quite fascinating to note. This can be exemplified from the 2018 bear market exchange expansion of BTC (Bitcoin) storage. They currently have more than they ever have previously.

The leading trio seems to be identified as being Binance, Bitfinex, and Huobi, with shared accelerating rapidly. These exchanges may view this as an opportune occurrence, to pull a blackjack on cheap Bitcoin.

However, certain concerns remain. Does anyone want centralized exchanges taking control of such a large amount?

Exchanges are safer now than they were prior, but it is dependent on the exchanges themselves to ascertain that they have the correct security set up to prevent any mishaps or disasters. They must ensure that the cryptocurrencies are not stored in a singular point of failure. Bitcoin price finally takes out $12,000 and ready for next bull rally