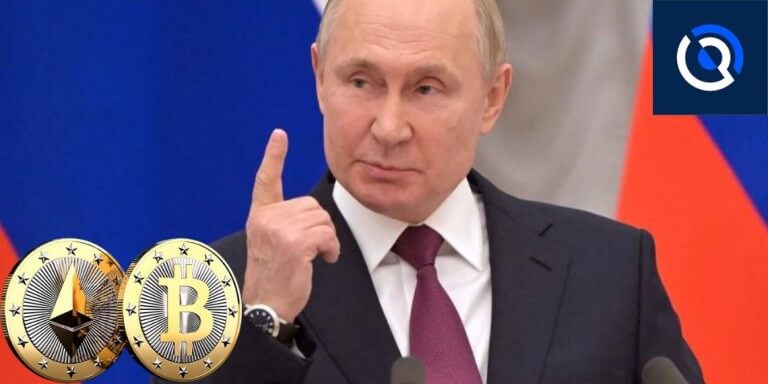 Putin has certainly come a long way from officially banning digital assets for payment in Russia only four months ago. In Russia, the use of digital securities and utility tokens as a method of payment for goods, services, and products was made illegal by a legislation that the president had signed into effect at the time.

The provision was introduced to the legislation regarding digital assets developed in 2020 and said that it was illegal to utilize cryptocurrency as a payment method.

Now, however, the notorious president has revealed that international payments and the flow of financial resources between Russia and other nations are in danger. The primary reason for this is the growing hostility between Western nations and Russia.

Putin made his remarks during a conference that was focused on artificial intelligence and was held by Sberbank, the biggest financial institution in the country.

Over the last several months, Russia has been deliberating over a full set of crypto rules, and there has been growing support for the legality of crypto payments across international borders.

We all know very well that under today’s illegitimate restrictions, one of the lines of attack is through settlements. And our financial institutions know this better than anyone because they are exposed to these practices.

It is feasible to build a new system for international payments that is much more convenient, but at the same time entirely secure for participants and completely independent of banks and meddling from foreign nations, as Putin said further. This new system may be based on the technologies of digital currencies and distributed ledgers.

In February, the Russian Ministry of Finance presented a measure to the country’s parliament that would regulate cryptocurrencies and provide a regulatory framework for them.

This is in stark contrast to the position taken by the Bank of Russia, which has advocated for the prohibition of activities using cryptocurrencies.

This year, the country has been the subject of increased attention due to allegations that it used cryptocurrency as a means of evading sanctions imposed in response to its invasion of Ukraine.

On November 3, the country’s legislators said that they are working on legislation to build a national crypto exchange. These MPs are working on the amendments now. It has been stated that both the Ministry of Finance and the Central Bank of Russia are on board with supporting this initiative.

The State Duma, which is the lower house of the Federal Assembly of Russia, has begun the process of developing a draft amendment that would establish a national cryptocurrency exchange in the country.

Midway through the month of November, the deputies met with various market players to discuss the modifications to the legislation titled “On Digital Financial Assets” that are necessary for this to take effect.

A member of the Duma’s Committee on Economic Policy named Sergey Altuhov emphasized the fiscal rationale of such measures, arguing that it makes no sense to deny the existence of cryptocurrencies; rather, the issue is that they circulate in a wide stream unchecked by the state.

It is important to note that officials from the Ministry of Finance and the Central Bank, both organizations that regulate industries, were not present at the conference.

It is intended that a document taking into consideration the current state of the market will first be drafted. Then that document will be presented to the government and the Bank of Russia for debate.