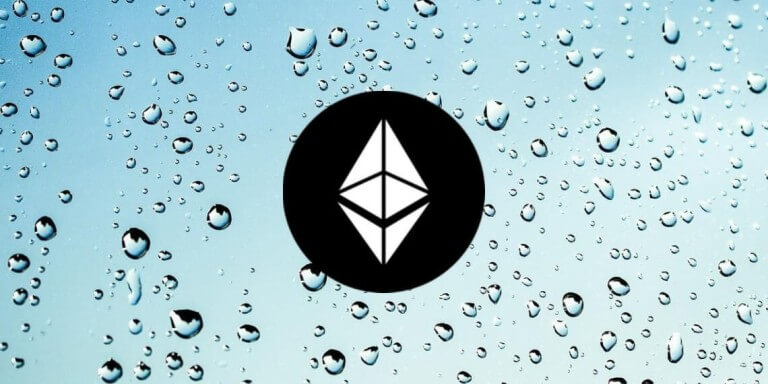 Ethereum price analysis is dictating a decrease in the price value today. The price levels are falling rapidly, creating a swift bearish slide on the price charts. The coin value is $1,212 currently, and it has dropped 0.05 percent at the time of writing. As the bears are making progress now, the next support for ETH is present at the $1,201 level. In the event of a bullish reversal, ETH faces resistance at $1,220. However, the overall market sentiment remains bearish, and ETH could experience more movement to the downside in the near future.

The past hours experienced some activity from the bullish side as well, yet the most recent trend has been in the favor of bears. ETH/USD price levels managed to go as high as $1,218 just a few hours ago and sellers resumed the sinking trend.

The 1-day price chart showing Ethereum price analysis is going bearish today, as more sellers have approached the market. The bearish momentum is not huge but has successfully been able to dodge past the building bullish momentum. The Bullish might get another chance to reverse the price and push the prices above $1,220. Moreover, this may likely happen in the coming hours as the market sentiment remains bearish.

The technical indicators are giving mixed signals at the moment. The RSI is currently trading at the 39.56 level, which shows that there is still some room for prices to fall further before reaching oversold territory. The Parabolic SAR is giving a bearish signal as the dots are placed above the price action.

The MACD, on the other hand, is giving a bearish signal as the histogram is falling and is about to cross below the zero line. The MACD line is clearly below the red signal line and seems to be gaining strength. The 200 SMA line is well placed below the current market price, which is a sign that the path of least resistance is still to the downside.

The 4-hour Ethereum price analysis is depicting a sudden drop in the price today. The bearish momentum has been huge and the price has drastically lowered to reach the value of $1,212. The RSI indicator is currently trading at 59.13 and heading toward the oversold territory which is another sign that prices are likely to fall further in the short term.

ETH price was stuck in a critical juncture of sideways trading before the bears won the battle and prices succumbed to selling pressure. The MACD indicator is also signaling a further decline as the histogram is falling and about to cross below the zero line. The moving average lines are also in favor of the bears as the 50 SMA line is well below the 200 SMA line. The 200 SMA line is also headed lower which shows that prices are likely to follow suit in the near term.

Our Ethereum price analysis concludes that a move to the downside is more likely in the near term as market conditions remain bearish. The selling pressure is likely to increase and the ETH price could decline toward the $1,201 level in the near term.