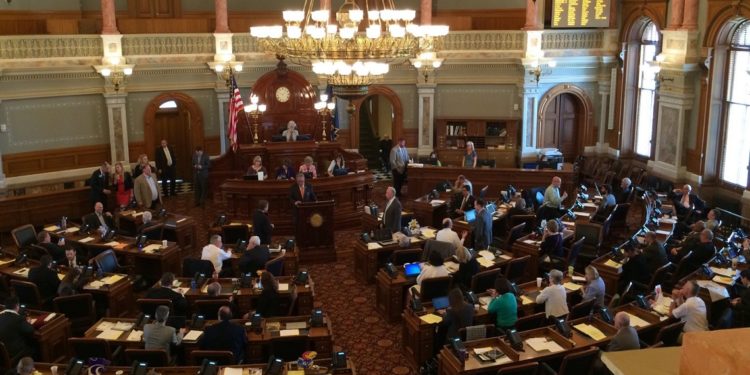 The U.S. Congress is discussing the possible use of blockchain voting for Senate due to the rising coronavirus threats. As per a staff memo, the upcoming Senate elections are likely to be conducted during the peak of the COVID-19 pandemic, which could endanger the voters. In their quest for trustworthy remote voting solutions, lawmakers are considering blockchain voting for Senate.

Reportedly, a combination of different technologies can be used, which could include blockchain, encrypted E2EE, and more. The matter was discussed in a ‘Permanent Subcommittee’ that debated on senate operations and remote voting mechanisms. Interestingly, the Republican Convention recently conducted primaries through the Voatz voting app.

As the Senate is poised to reconvene soon, an appropriate voting mechanism must be put in place. The use of DLT-based technologies for secure virtual voting has largely been successful with a few exceptions. However, with improvements in DLT, voting refinements will eventually make it a success.

The memo further mentions that the two chambers of Congress have always met in-person. From committee hearings to voting, physical appearance has always been the norm. However, COVID-19 has forced the Congress to reconsider its course and create a contingency plan to permit smooth policy-making.

The memo further emphasizes that a DLT solution can not only send the vote securely; it can also undertake vote verification to identify the right vote. The characteristic feature of blockchain offers high voting transparency and efficacy. The secure digital record comes naturally in blockchain voting, which further promotes security. Blockchain voting for Senate can help curtail wrong vote tallies.

Rise of blockchain technology in voting

It was further observed that blockchain-powered voting has already been conducted in various countries. The note cites the examples of 2019 Estonian voting, where approximately 44 percent of votes were cast through virtual means.

Despite the overwhelming evidence in favor of blockchain voting for Senate, the lawmakers are worried about the security implications of virtual ballots. They laid stress on the fact that online voting must be conducted only after securing the blockchain infrastructure to avoid any attacks on Senate ballots and preserve their secrecy.