The current state of BTC in El Salvador. Will the crypto bankrupt the nation? 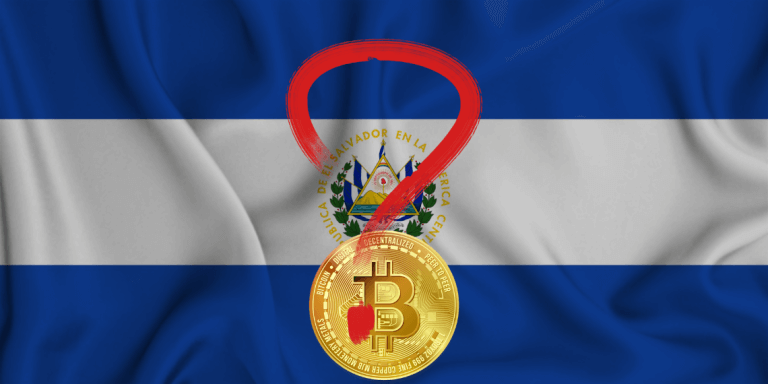 It has been a year since El Salvador made Bitcoin a legal currency. President Nayib Bukele announced his intention to make Bitcoin one of the official currencies in El Salvador at the Bitcoin 2021 Miami event. Since then, a lot has happened.

After making that promise, Nayib Bukele upheld his word. El Salvador became the first country in the world to use bitcoin as a legal payment on September 7, 2021. Since then, the Bitcoin situation in the Central Latin American nation has been tumultuous.

It has since encountered problems such as macroeconomic factors, the crypto winter, global recessions, and fierce arguments from influential critics. It has left investors with one of several questions: Will the legal adoption of bitcoin bankrupt the Latin nation?

The ascension of Bitcoin in El Salvador has not been easy, yet it’s still a long road ahead. Now that a year has passed, there are far fewer fireworks. The adoption process has moved slowly, and significant drops in Bitcoin’s value dampened the early jubilation across the nation.

Even though Bitcoin hasn’t come close to replacing El Salvador’s primary currency, the U.S. dollar, it also hasn’t brought about the financial downfall that some predicted. At least not yet. Critics warned that pumping national funds into a decentralized and unstable currency could send the country back into turmoil. This is a nation that is still recovering from a civil war decades ago.

Despite efforts to cushion the financial fallout, including bitcoin-backed “volcano bonds” and a plan for a tax-free crypto mining center called “Bitcoin City,” the value of bitcoin has plummeted, and the nation is on the verge of defaulting on its debts.

IMF has cautioned El Salvador to get rid of bitcoin if it wants to maintain its economy. However, the crypto-pro president who put the law into effect refuses to budge. After adopting Bitcoin and a few other game-changing factors, it didn’t take long for him to earn the title of Latin America’s first millennial dictator.

Its economy’s constant fluctuations parallel el Salvador’s never-ending battle for sovereignty. El Salvador’s primary currency for the past century has been the colon. The currency’s name is pronounced after Spanish explorer Christopher Columbus, signifying the country’s colonial background.

El Salvador’s right-wing government adopted the U.S. dollar in 2001 when the country was still reeling from the US-sponsored civil conflict. Many people felt that dollarization, just like bitcoin today, was another instance of policy change without input.

President Bukele announced his intention to legalize Bitcoin as a legal currency, stating that it would financially rescue a relatively underdeveloped nation. However, this is not the case in September 2022. Despite the government and ministers’ assurance that the economy is flourishing, GDP growth is still low.

With a GDP growth of 4.2 percent in 2021, El Salvador’s economy has not seen double-digit percentage increases in twenty years. It is reasonable to assume that more time and data would be required to assess the Bitcoin trial in El Salvador.

No one really talks about Bitcoin here anymore. It’s kind of been forgotten […] I don’t know if you’d call that a failure, but it certainly hasn’t been a success.

El Salvador postpones its Bitcoin bond due to security concerns

The $1 billion Bitcoin bond was initially supposed to go on sale in early 2022, unveiled in late 2021. Nevertheless, the nation has pushed back the sale once again. The BTC bond was created to issue tokenized bonds and raise $1 billion from investors. The money raised will go toward creating a Bitcoin City and purchasing more BTC.

Given the current market state and worldwide crises, the initially scheduled release date for the bond was moved from early 2022 to September. According to Paolo Ardoino, the chief technology officer of Bitfinex and Tether, the Bitcoin bond will launch by the year’s end.

Ardoino explained that the delay in releasing the bond was due to security concerns seen in the country. This comes as police forces have struggled to combat gang violence, which has spread throughout the country. As a result, government resources have been diverted.

Many news reports and industry experts have placed the blame for the current crypto market slump and dwindling investor interest on a number of factors. Ardoino, on the other hand, is certain that investors will be interested in the Bitcoin bond idea regardless of the market’s condition.

In El Salvador, bitcoin is still far too difficult for the average person to use. Bitcoin in El Salvador is akin to gambling with your next meal. The rollout of bitcoin in the country thus far has been playing out like a slow-motion car accident. Given that El Salvador’s funding sources are running low, the bitcoin implementation feels like a sidetrack for a country worsening its political and economic crisis.