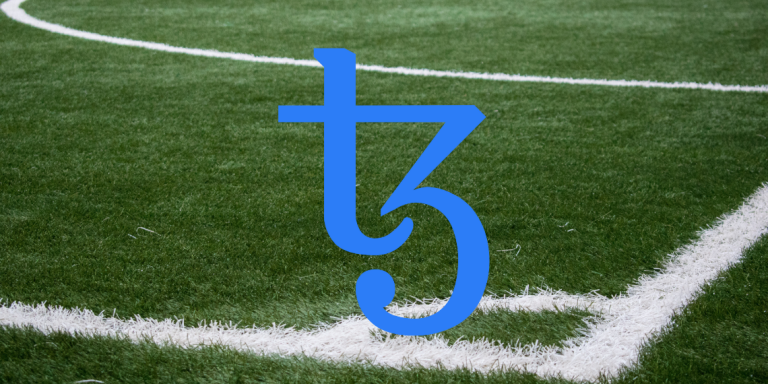 Tezos price analysis is bullish as the coin rallies to $2.09 after a brief consolidation phase at around the $1.80 level. The bulls are back in business as they push XTZ price up the charts following a breakout above an ascending triangle pattern. Tezos had entered a consolidation phase after climbing to $2.49, it had been trading inside an ascending triangle pattern as bulls and bears battle it out for market control. However, the bulls have now taken charge as they push XTZ price up to $2.09, with the next target set at $2.49. Breaking above this resistance level could see Tezos price target the $3 mark in the near future.

Tezos price analysis had been on a tear over the past few weeks as it surged from $1.81 to $2.49. However, it faced rejection at this resistance level and entered a consolidation phase. The coin had been trading inside an ascending triangle pattern as the bulls and bears battle it out for market control. However, the bulls have now taken charge as they push XTZ price up to $2.09. This is a bullish breakout from the ascending triangle pattern, with the next target set at $2.49. Breaking above this resistance level could see Tezos price target the $3 mark in the near future. The RSI is currently trading in the overbought region as the bulls take control of the market. The MACD is also currently in bullish territory and is rising as XTZ rallies higher.

Tezos price analysis reveals that the coin is trading well above its 20 and 50-day moving averages, which indicates that the bulls are in control of the market. The RSI indicator is also in the bullish territory but is starting to lose steam, which could mean that a correction is on the cards

Tezos is currently trading above all its moving averages which indicates bullish momentum in the market. The 20-period EMA is providing support at around the $1.81 level while the 50-period EMA is close to the $2.00 level. The MACD indicator is also in the bullish zone as the signal line crosses above the histogram. The RSI indicator is currently in overbought territory which suggests that some consolidation might be on

Tezos price is on the rise after a recent bullish breakout. The coin is trading at $2.09, which is 4.5% higher than its previous close. Tezos has recovered from its recent lows and looks poised for further upside in the near future.

The 1-day Tezos price analysis suggests a constant upward trend has been going on for the past week, as the buying activity almost reached its peak point. The bulls have been dominating the price chart for the past 24-hours as well, as the price went above the psychological mark of $2 at the moment. The situation is turning more favorable for the cryptocurrency buyers, as XTZ value is constantly increasing after gaining a 6.39 percent value during the last 24 hours. Moving on, the moving average indicator is showing its value at $1.84 at present.

Although the bulls are trying to find their way to recovery, the bears have also been in the lead yesterday. The volatility is changing, and the upper value for the Bollinger Bands Indicator is now at $2.5, representing the strongest resistance, and the lower value is at $1.4, representing the support. The Relative Strength Index (RSI) score has increased up to 47 near the centerline of the neutral range.

The four hours Tezos price analysis shows that the cryptocurrency is still on a downtrend as it failed to close above the descending trendline. The price is currently trading below its 20 and 50 Simple Moving Average (SMA) which indicates that the path of least resistance is to the downside.

The Relative Strength Index (RSI) has dipped into the oversold territory which suggests that the selling pressure might ease off in the near-term. The MACD is also in bearish territory as the signal line has crossed below the histogram.

On the 4-hour Tezos price analysis chart, XTZ has formed an a-shaped pattern. This is a bullish reversal pattern that typically signals the end of a downtrend. The recent breakout above resistance at $2.09 has confirmed this pattern and opened up the possibility for further upside in the near future.

The recent breakout above resistance at $1.47 has confirmed the symmetrical triangle pattern on the 4-hour Tezos price analysis chart and opened up the possibility for further upside in the near future. The next level of resistance to watch is $1.50, which is a key psychological level. A break above this level could lead to a move towards the $1.60 level.