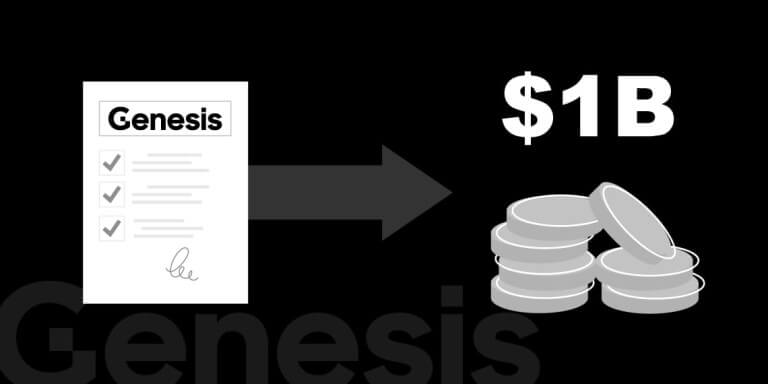 Genesis, a cryptocurrency lending Company, reportedly asked investors for a $1 billion emergency loan before informing its clients this week that redemptions would be halted.

The Wall Street Journal revealed that the private fundraising document specified a “liquidity crunch due to certain illiquid assets on its balance sheet,” and that the Company required access to the credit facility by 10 a.m. Monday. However, it was unable to secure the funding.

The Company’s spokesperson further stated that the disputed document was created over the weekend following FTX’s demise adding that it is no longer relevant. In order to restore its liquidity, the company had “quite constructive conversations,” according to the report, with potential investors.

According to The WSJ’s assessment of the paper, the majority of the retail programs, Genesis’ partners (such as Gemini Earn), and institutional clients testing liquidity are driving the ongoing rush on deposits.

A minority investment in the holding Company, an ownership stake in one of Digital Currency Group’s subsidiaries, or a majority interest in the Company were the options presented in the document to prospective investors.  DCC is the brokerage firm’s parent Corporation.

Due to the liquidity crisis brought on by the FTX disaster that shook the sector, Genesis had likewise been looking into all options. According to the company’s spokeswoman, Genesis had to make the painful choice to temporarily cease redemptions as well as the origination of new loans in the lending industry in order to find the best solution and result for the clients after evaluating a number of choices.

Derar Islim, the company’s temporary chief executive, said that the lending division, Genesis Global Capital, had not complied with all withdrawal requests. It also hired advisors to consider every alternative. The unit serves an institutional client base.

Genesis’s spot and derivatives trading and custody services are still fully functional in the meantime.

Genesis has been having problems ever since a once-reputable crypto hedge fund, Three Arrows Capital (3AC), filed for bankruptcy this summer. According to reports, the corporation loaned 3AC $2.4 billion. Additionally, Digital Currency Group is suing the insolvent hedge fund for $1.2 billion.

The implosion of FTX was a further blow. Reports that the lender owed money to FTX’s sister trading company Alameda Research emerged as the contagion spread.