Public blockchain could be a game-changer for small businesses, ShipChain 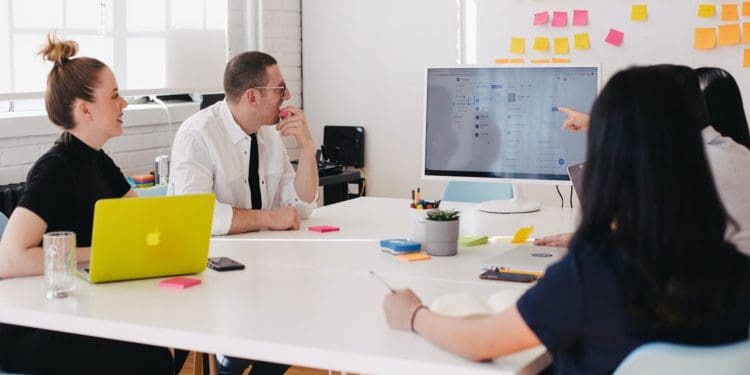 An end-to-end blockchain-based logistics platform ShipChain believes a public blockchain has the potential to revive small scale businesses by letting them in on the latest supply chain innovations and help them incorporate those in the business models effectively.

Companies keep losing track of their shipments all the time. It supposedly isn’t a big deal because monitoring the visibility of the deliveries is one of the primary pain points of the modern-day global trade. Unfortunately, though, if you are a small company running a tight ship with a limited supply of resources, infrastructure, and staff, these problems can eventually make or break the business model.

Thus, the CEO of ShipChain, John Monarch, said in an interview with Forbes today that his company can come to the rescue of the smaller and inconsequential players in the market by designing a public blockchain that is open to all at much more affordable costs.

The interview was scheduled after the company announced a collaboration with Distichain, a UAE-based blockchain startup with a focus on trade finance and e-commerce business. Following the affiliation, Distichain will tap into ShipChain’s blockchain platform to enhance the visibility of its packages circulating in the Middle East.

ShipChain is in direct competition with the likes of TradeLens, an IBM-powered supply chain solutions provider and GrainChain, a unique platform that ensures prompt payments to local farmers and suppliers.

The difference is that their business models are based on a private blockchain with a much extensive consumer base. However, Monarch is content with its public blockchain strategy. In fact, he claims that it is equally competitive, secure, and seamless as any private blockchain.

According to him, it not only offers economic incentives to small-scale participants to establish themselves but also improves their visibility for partnerships with big corporations, thus triggering mainstream adoption of the public blockchain platform.

Based on Ethereum, ShipChain’s open-sourced and permissionless blockchain offers developers an opportunity to design new and innovative supply infrastructure and standards. Public chains are more welcoming as they are not partial toward influential players, unlike private chains that essentially demand a fee to become a member, Monarch explained.

Finally, commenting on the firm’s recent partnership with Distichain, Monarch said that he envisions a much simplified and straightforward version of the global supply chain, backed by blockchain technology, in the future. We hope that our trading partners can make the most of the technology we have to offer and capitalize on revenue, he concluded.