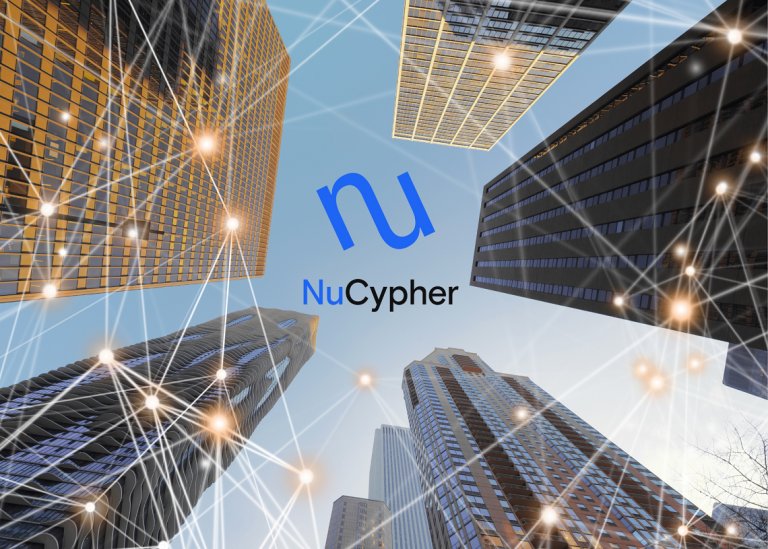 Despite the overall market downturn, many of the more optimistic investors continue to believe in the NuCypher project, pointing out that it is a young effort with solid foundations and a lot of promise.

Users stay connected through the Twitter account to know about the latest updates, as the NuCypher network has an active social media team.

The data that is moved or stored on the cloud is protected by NuCypher, founded in 2015 as a cloud encryption service. Healthcare and finance are two sectors that have fast discovered their usefulness for information security, with the product finding its customers quickly.

After witnessing the service’s effectiveness, the entrepreneurs decided to expand into the blockchain industry. In October of 2017, they launched the NuCypher network ICO with the hope of bringing blockchain-level security to decentralized applications.

The team behind the project is made up of members with various backgrounds in cryptography, academia, and entrepreneurship. MacLane Wilkison is the CEO and co-founder of this project; he has held CTO positions at several companies and was a full-stack developer. He is the author of multiple patents and has been involved with technology from an early age.

Michael Egorov is the CTO and co-founder of NuCypher; he also serves as a director at Nucypher and Polkadot. He held positions managing large-scale data processing at several companies working to develop innovative cryptographic protocols.

The NuCypher network has released an updated version of its white paper, available only for community members before. The team decided to release the update early because it contained essential information related to their token sale and the ICO process in general. An updated tokenomics report was also released alongside it.

Instead of targeting consumers, NuCypher focuses on providing blockchains. The service description is full of intricate technical details that are irrelevant to regular users. Still, the founders believe that in time, NuCypher will become a favorite choice for Dapp developers.

The NU token is used for staking by node providers and for governance. Keep in mind that the community voted to link infrastructure with another cryptocurrency security project, Keep, in June 2021. Keanu is the name of this fusion, but the primary goods will continue to exist as separate entities. The joining of infrastructure and Keep does not affect the use of NuCypher for encrypting data.

Keep is the only protocol that is truly decentralized. “Keeps” are off-chain containers that allow contracts to use private data without exposing the data to the public blockchain. Keep and NuCypher, running on Ethereum, will merge their protocols’ functions and communities, not of their companies. This hard merge is called Keanu.

NuCypher has released an updated tokenomics report detailing the number of tokens available, how many are in circulation, and more. A majority of them will be distributed within a year, with 36% being held by the team and founders for future development. Another 24% is to be sold during the public sale, which will consist of a private pre-sale and a public sale. The remaining 40% tokens are distributed between the team, future developers, and the community fund.

Keeping in mind that NuCypher focuses on cloud encryption services, it seems they have taken adequate steps to provide their users with top-level security. The network business model is promising, but it remains to be seen whether the industry will adopt its services over other private networks.

How is the NuCypher network secured?

The WorkLock is a unique node distribution method the network utilizes, also known as the Network Obfuscation Protocol. To run a NuCypher node, at least 2,000 node operators must stake 353,913 NNC.

The minimum lockup period is 30 days. However, in terms of earning rewards, NuCypher doesn’t promise that staking for more than one year will provide any additional advantages. Stake rewards are restaked automatically after each term unless the user opts out after a staking period.

The price has been declining gradually since then, reaching about $0.2 by the end of June. This decline was most likely caused by a combination of the overall market downturn and the announcement of the impending merger with Keep, which raised a lot of uncertainty about the future of the NuCypher token.

Many of the more optimistic investors, on the other hand, continue to believe in the project, pointing out that it is a young effort with solid foundations and a lot of promise.

The trading volume for the coin mentioned above at the time of writing is $92,863,482. The given chart shows that NuCypher has undergone a rough depreciation, and the price has significantly fallen.

Here are some stats from CoinMarketCap.

The data for the past few days shows that the NU token hasn’t been a gainer as the bearish trend prevailed. The opening price for 5 January was $0.7359, while the closing price was $0.6845. The impacts of bearishness are evident from the prices for 5 January.

Even though it’s practically impossible to get a perfect technical analysis of NuCypher cryptocurrency entirely correct, on TradingView, you may observe the real-time aggregated NU buy-and-sell rating for a certain period using this sophisticated technical analysis tool.

The conclusion for NU/USD is based on the most popular technical indicators. The technical analysis of the NU cryptocurrency is mainly based on three indexes: the Bollinger Bands, moving averages, and William O’Neill’s TTM momentum indicator.

The growth graph for upcoming years till 2027 shows that it is a good investment as the price will grow in the coming years.

The yearly price predictions are given as follows.

Based on data from January 09, 2022, at 07:36, the general NuCypher price prediction sentiment is bearish, with 7 technical analysis indicators signaling bullish signals and 21 signaling bearish signals.

Additionally, the NU market will reach its peak towards the end of 2023, when it’s predicted to go down slightly, returning up during the second quarter of 2025 when it will start dropping again, reaching its lowest point in early 2029 at $0.131071 per coin.

The NU is one of the cryptos that has kept its feet on the ground during this bear market. As a result, our long-term NU price prediction for 2021 is optimistic. This will only happen if it breaks many past psychological barriers, which is a highly likely scenario. Furthermore, if it does so, it will be one of the best cryptocurrencies in the market.

Most investors who had invested in NU did so because they could see a long-term future for it. As a result of current improvements and upgrades in the NU ecosystem, it may have a bright future in 2021. It may very quickly reach $0.44 and rise even higher, yet if investors had anticipated that NU would be a profitable investment in 2021, it could get $0.5.

However, remember to conduct your research even after reading this price prediction to ensure you make informed decisions about crypto investments.

8 mins read
Bitcoin sells at a 60% premium in Nigeria as the government shifts to a cashless policy
30 January, 2023

8 mins read
Binance burns 16m worth of BNB tokens; transitions from the ERC20 version of BNB to BEP2
29 January, 2023