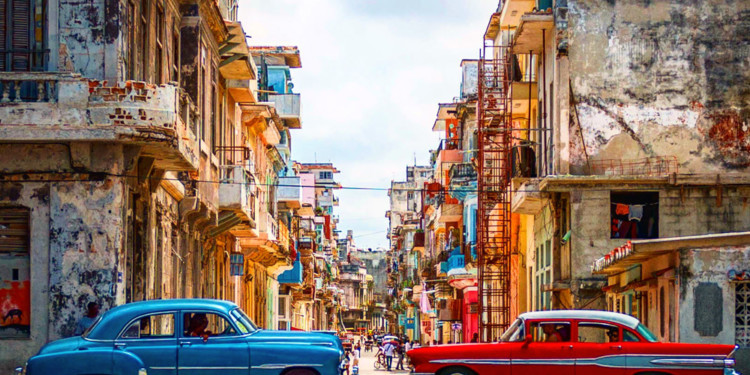 John McAfee, a tech pioneer evading the American tax systems in the island nation of Cuba, views crypto and blockchain technology as a way around American sanctions as well. In a recent interview, the tech guru stated that a cryptocurrency could undermine the crushing US sanctions that had subdued the nation for long.

The man launched the now infamous antivirus software way back in the 80s, before moving to Cuba under the belief that the American taxation systems were unfair and oppressive. He has plans to return to the US and to immerse himself in politics as well with a vision for changing the system.

In the above mentioned interview, he made the following comment:

“It would be trivial to get around the US government’s embargo through the use of a clever system of currency. So I made a formal offer to help them for free … on a private channel through Twitter.”

In a stunning coincidence, the Cuban government had announced earlier this month that it was investigating the potency of crypto technology with respect to building a brighter economy vision. Other nations facing American sanctions such as Venezuela and Iran have also flirted with the same idea.

McAfee believes that in order to propel a coin into the financial stratosphere, one needs a potent blockchain system to build it on.

According to him, the blockchain programming would require a very specific pioneering and a structure that allows it to cater to the needs of its host nation. He believes he has the resources and the know-how for the very same job, one that he views as highly restrictive and competitive.

McAfee had evaded income tax for nearly eight years, before facing a crack down from the authorities. He evaded his trial by fleeing to the Bahamas before relocating to Cuba.