Is Bitcoin price moving too quickly to stay stable without crashing? 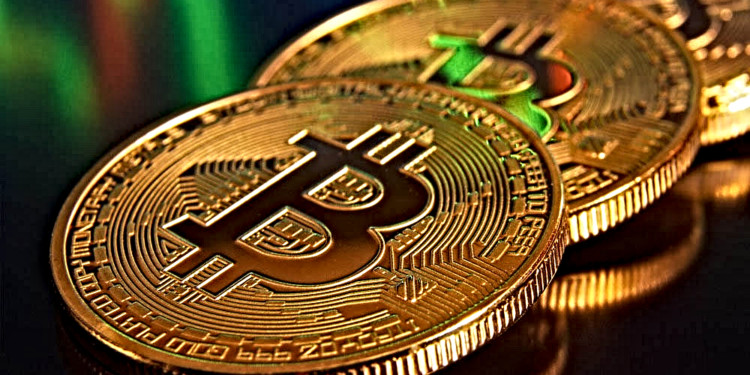 The year 2019 has been a prosperous one for Bitcoin. The cost of Bitcoin doubled up, gushing one hundred and thirty-seven percent (137%) YTD. Majority of the advances achieved in the past two months, but, it’s possibly rational to think if things will end up as late 2017’s parabolic surge.

After 2018’s persistent bearish market, 2019 has emerged as a ray of hope for Bitcoin. Bitcoin experienced huge gains of one hundred and thirty-seven percent (137%) since 1st January, 2019.

The first remarkable opportunity was experienced at the start of April when Bitcoin expanded from forty-one hundred dollars ($4,100) to fifty-one hundred dollars ($5,100) in the course of a few hours. The price continued hiking, breaking the six thousand dollars ($6,000) opposition level without prominent troubles. Essentially, BTC managed to stay above 2018’s ultimate support area.

The present movement of Bitcoin price resembles the one experienced in late 2017. In 2017, the year began with Bitcoin trading at one thousand dollars ($1,000). By the end of May, the BTC price was in the ease range of twenty-three hundred dollars ($2,300).

Fascinatingly, this symbolised one hundred and thirty percent (130%) increase in BTC’s price. After that, the price started surging with minor corrections reaching an astronomical value of twenty thousand dollars ($20,000) by the end of December. 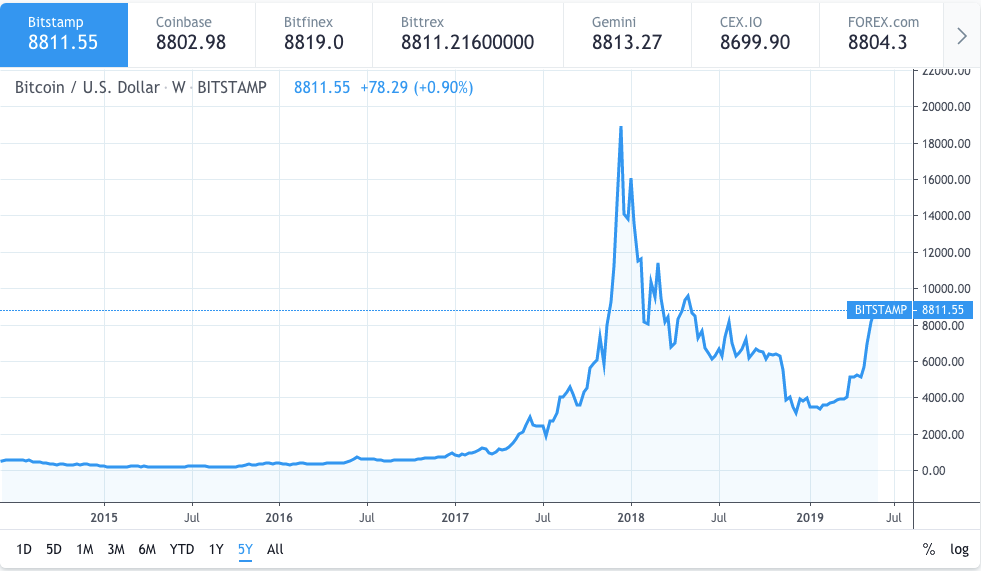 Upon keen observation, however, one can see that some incremental variations and alterations that might avert this from happening.

Firstly, we are near to experience Bitcoin halving which is expected in May 2020. After halving, the rewards for miners the reward miners will be reduced to half, hence, dropping Bitcoin supply. Basic economic principles propose that the prices surge if the demand for Bitcoin increases against reduced supply.

Additionally, it looks like the outcome of Bitcoin halving will impact its price confidently roughly a year before it takes place.

Secondly, institutional interest in the market has escalated. Fidelity (leading investment firm) is in the final testing phase of their Bitcoin trading platform. Similarly, Bakkt, has also made public their introduction of user acceptance tests in July.

Thirdly, Bitcoin and other cryptocurrencies experience a broader acceptance now as compared to 2017.

Certainly, things are a bit different this time. It is noteworthy that, traditionally, Bitcoin has always managed to surge its previous high values after every bearish momentum.

On the contrary, any asset producing vicious parabolic moves to one side must experience corrections; this is the basic of trading.