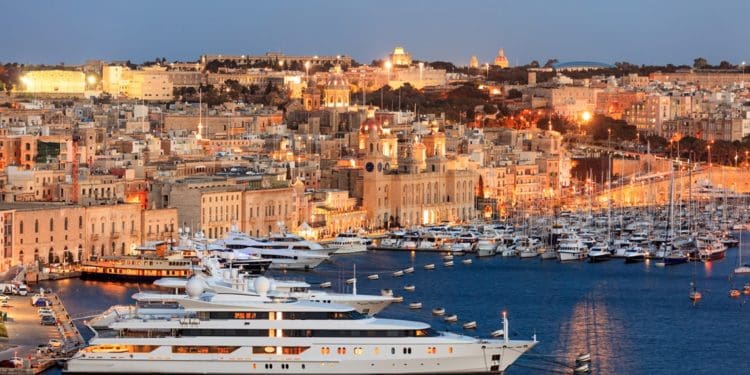 It appears that Malta’s ambitious dream of emerging as the Blockchain Island is still a far-fetched goal as a recent data published by Malta’s financial services authority suggests that around 70 percent of the blockchain and crypto startups have failed to complete the license registration process.

Malta ended 2019 on a good note. In November, the small island nation demonstrated a growth forecast of over 4 percent for the year 2020. It led the European economic growth from the front, all thanks to its buzzing blockchain industry.

In the same month, Microsoft and æternity joined forces to accelerate the blockchain-related developments in the region and offer financial backing to the startups who wish to explore this field.

With the creation of the Blockchain Island, Malta’s bold move to connect the technologies of blockchain and cryptocurrencies to the rest of the global monetary system was met with a lot of attention.

Unfortunately, several industry experts claim that Malta assumed a crypto-friendly approach primarily due to its mindset favoring technocracy, compliance to the EU, and a sense of urgency to seek rents.

Thus, the latest report by Maltese Financial Services Authority (MFSA) shed light on how this Blockchain Island completely missed the point by enforcing rules and regulations that are just not suited to a virtual world like blockchain. Out of the 340 applications received for the crypto licensing so far, not one has been approved yet.

The MFSA also named 57 companies that sought licenses; however, unable to fulfill the licensing requirements or complete the registration process before the deadline. Although most companies from the list were unheard of, one entry that would possibly shock many was the inclusion of the Palladium Exchange.

Run and operated by the Maltese insurance and asset management firm, GlobalCapital, the blockchain startup caught quite a media attention in 2018 when it launched the world’s first convertible initial coin offering. With this initiative, the investors were eligible to transfer the tokens into the company’s stocks.

It had also put forth an ambitious and unique plan to raise around $160 million and use half of the proceedings for a controlling interest in a European bank and dedicate 35 percent to forming a cryptocurrency exchange.

Moreover, MFSA also states that they haven’t heard any developmental progress from 257 firms, all implying that Malta’s Blockchain Island was destined to fail right from the beginning, and here’s why.

Why was it destined to fail

For the longest time, Malta has been on the European Union’s radar for its association with money laundering activities through gambling and cryptocurrency industry. The investigation of the murder of the Maltese journalist, Daphne Galizia, took down a bunch of government officials with it, who were otherwise known to be pro-crypto and blockchain.

Malta’s recently appointed economy minister, Silvio Schembri, who witnessed Malta’s landmark cryptocurrency legislation and urged foreign investors to invest in the once-thriving Blockchain Island, seems like he has lost much of his interest in crypto these days.

Lastly and quite expectedly, when the coronavirus pandemic hit this scenic island, the government did not promise any financial aid to the struggling startups and, in fact, instructed them to leave the island if they run into difficulties.

Although his brutal remarks were followed up with a formal apology, the fact remains that the Blockchain Island is far from being a hotbed for blockchain and crypto developments unless the government breathes some life with a renewed interest and push.