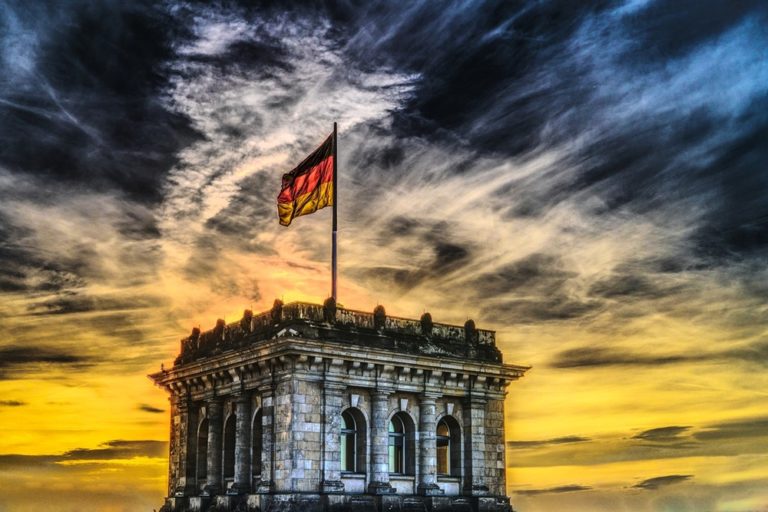 Facebook Libra may have gotten the endorsement from the who’s who of the multinational corporations ever since its launch, but there are governments of some countries that continue to double down on strategies to curb the rise of parallel currencies. Among them is Germany!

Although Libra is among the most-known stablecoins until date, as CEO of Facebook Inc, Mark Zuckerberg is struggling to keep its ambitious project alive. A cryptocurrency operated by central banks may be a better alternative to Facebook Libra, a stablecoin backed by traditional money deposits and short-term government-securities.

Along the same lines, the Berlin government passed an overarching blockchain strategy bill that vows to challenge any efforts encouraging advancements in developing a parallel currency. This could be a sign of the looming crisis for Facebook Libra view stringent regulatory hurdles, reports Reuters on Wednesday.

The blockchain strategy, reportedly approved by Chancellor Angela Merkel, is an indication of the German government’s unfavorable perspective towards any alternative to its fiat currency. Despite the fact that the government lobbies for digitizing the economy and advocates growth of fledgling technologies, the government will work together with European allies to withstand any efforts being made towards developing currency alternatives, confirms the report.

In a bid to restain any possible growth in stablecoins, the German government is considering launching its own central bank-backed digital currency.

Finance Minister Olaf Scholz added that Germany wants to make headway in technological advancements and blockchain adoption could be that step towards gaining the competitive edge. With that said, it cannot risk its monetary sovereignty by letting private companies take over currency control and distribution.

More resistance in the way of Libra

On Friday, France and Germany collaboratively opposed the concept of privately-run stablecoin like Facebook Libra by citing the risks it possesses to the European financial sector. Together, they supported the idea of a public cryptocurrency for entire Europe.

The condemnation echoes the sentiments of the European Central Bank, which for a long time, has been engaged in highlighting loopholes in Libra’s framework and working on ways to curb its development in the region.

Meanwhile, on the homefront, things are not looking bright either. Recently, PayPal expressed concerns about Libra’s structure and reported that it is not ready to be the global currency yet. Moreover, the Financial Times recently reported that three members of Facebook Libra’s consortium are having second doubts about their endorsement.