Ethereum price is up to $191 after Bitcoin flash price surge 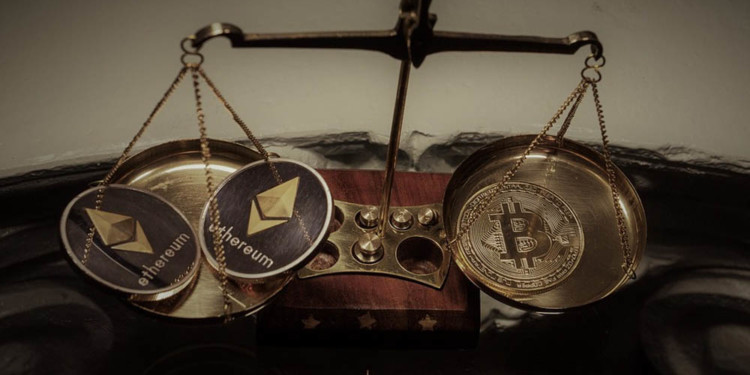 Ethereum (ETH), the queen of cryptocurrency, is following the king Bitcoin, and Ethereum price jumped right with the king before the week came to an end.

Ethereum price has been dwindling for weeks but the Bitcoin flash price surge right after midnight in Greenwich Mean Time (GMT) gave an immediate boost to the Ethereum price as well. The price action is almost identical on the timeline since BTC price shows a similar bump on the chart as Ethereum price. 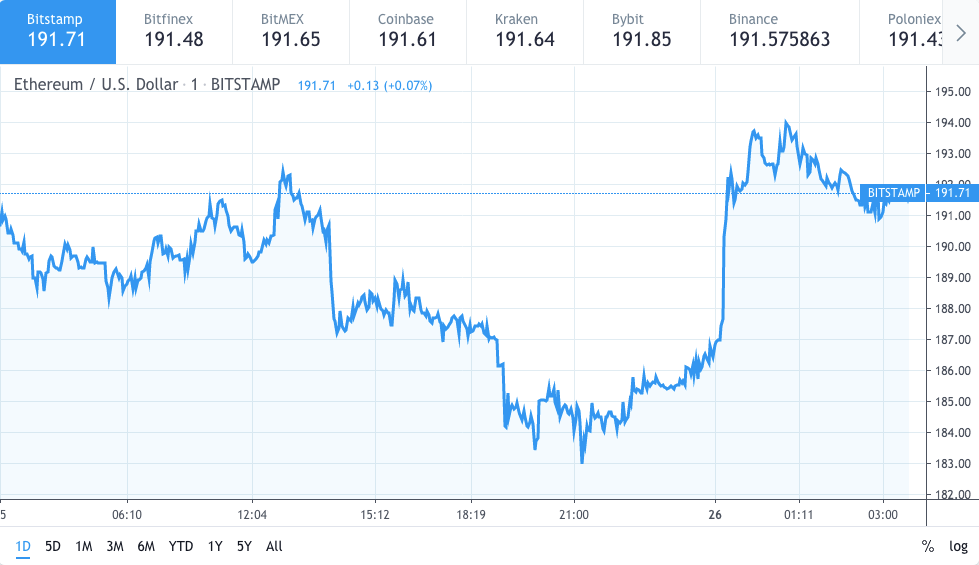 Right after midnight GMT, the ETH price took a jump to one hundred and ninety-four dollars mark ($194) mark in a matter of sixty (60) minutes.

On the other hand, this price surge came hours before midnight in the United States following the Eastern Standard Time (EST) time.

This was an anticipated move based on the Bitcoin price movement since analysts and experts have been predicting that Bitcoin price would sustain above ten thousand dollars ($10000) mark during the weekend.

The predictions came true for Bitcoin and as a proven ripple effect of Bitcoin price on major altcoins ETH price also surged with the king.

Although the dependency on Bitcoin price to the point of such identical patterns is not at all good for the queen of cryptocurrency, the traders are enjoying the price surge at the moment.

At the time of writing, ETH price was standing over one hundred and ninety-one dollars ($191.71) mark, and it appears that the price is likely to see some correction in the hours to come.