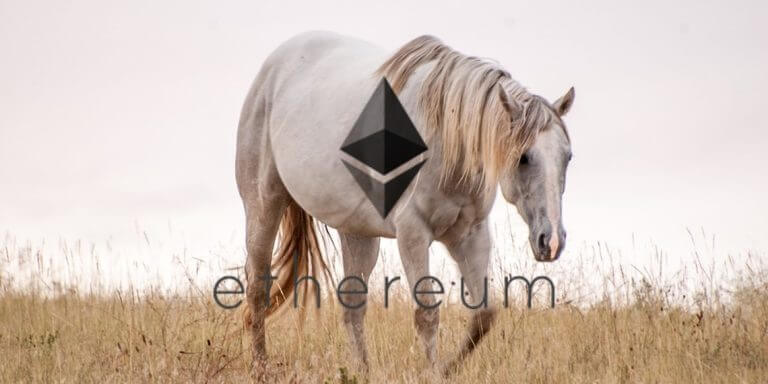 Ethereum price analysis is bearish today as the coin has seen rejection over the last 48 hours, with a few moves higher also observed. Overall the Queen cryptocurrency has been consolidating since 22 September 2022 as, despite the direction of the trend, the price is closing in the same range, mostly just a few points above the $1300 mark. However, a swing low towards $1255 was also observed before the coin settled at the current price of $1322.

The 1-day Ethereum price analysis shows a price drop today as selling pressure triggered again. After a significant decrease in ETH/USD pair price for the past four days, bears have continued their lead, and the crypto pair is now trading at $1322 at the time of writing. ETH shows an 0.31 percent loss of value during the last 24 hours, and the crypto pair is at a loss of 0.70 percent if calculated over the past week, which confirms the point that the coin is maintaining its price levels. The trading volume has increased by 11.63 percent, and the market dominance has been 17.28 percent today.

The relative strength index (RSI) is trading in the lower half of the neutral zone on a downwards curve, indicating the selling activity taking place in the market. The curve of the RSI indicator has reached index 39. However, the curve is not steeply downwards as some bullish action has also been observed today.

The 4-hour price chart for Ethereum price analysis shows bearish progress in the last four hours as price levels continue decreasing, after the price breakout being downwards at the start of today’s trading session. Bears seem to be gaining strength as selling pressure has returned after some recovery, as the coin found support at $1255. Overall the coin has been in the deficit for the last 32 hours after the last peaking at $1389 yesterday.

The volatility is low on the 4-hour chart as Bollinger bands are maintaining their short distance, with the upper band at the $1388 mark and the lower band at the $1259 mark; the price has stepped below the mean average line of the indicator, which is a bearish indication for the coming hours. The relative strength index shows movement downwards after traveling on a downwards curve near the center line of the neutral zone and is present at index 48.

The Ethereum price analysis reveals a bearish trend, as comparatively lesser bullish activity has been observed today. Most of the technical indications are also favoring the bearish side. The bearish trend may intensify further, as the RSI suggests, as it travels downwards on the 4-hour chart. At the same time as the coin has been correcting mostly since yesterday, and bulls have also shown some performance, so there also exist chances for further recovery.