EOS price follows the market down to $2.6 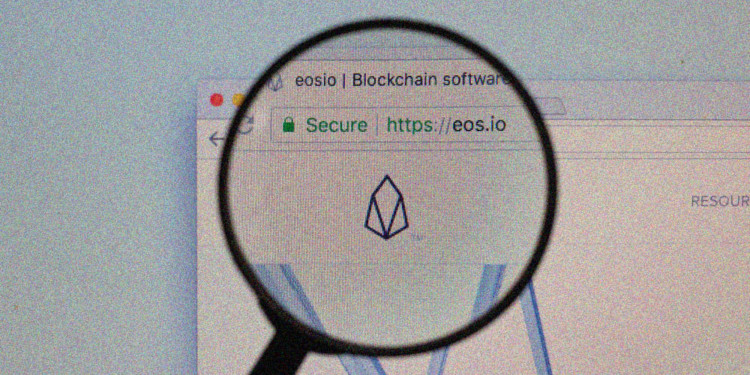 This week EOS price struggled after having been dropped by a total of twenty-seven percent (27%).

EOS price further experienced a three-percent (3%) fall in the last twenty-four hours and is now planning to re-test the support around a little over two dollars ($2.64).

The cryptocurrency has lost over fifty percent (50%) over the course of the last three months and would need quite a time for recovery. Regardless, EOS remains the 7th largest cryptocurrency with a total market cap of a little over two billion dollars ($2.64).

EOS price movement: What to expect?

Amidst the bloodbath of Bitcoin, the EOS price suffered hugely and caused it to drop below the support at three dollars ($3.00). The EOS/USD pair continued to drop further till they found support at a little over two dollars ($2.64), and that was provided by a little over one (1.414) Fib extension downside. A rebound was witnessed there. 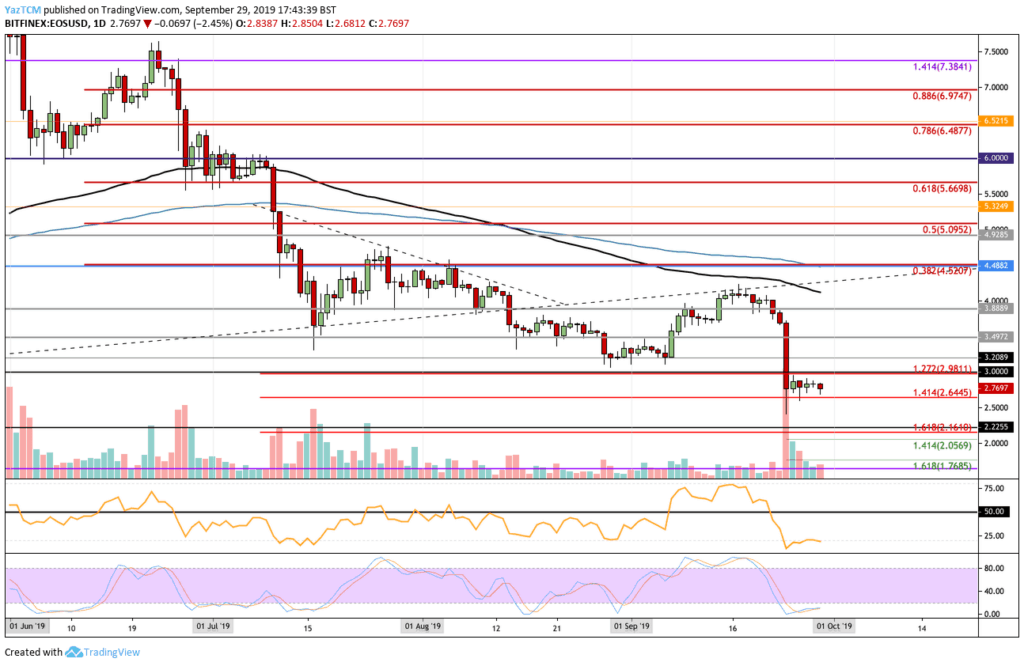 The EOS price is also affected by the prevailing trends and a very low trading volume. Oversold conditions were reached by RSI, which tends to suggest that sellers have total control. However, a bullish crossover signal was created by Stochastic, which could be an indication of higher recovery.