EOS price data analysis prediction; EOS can get back in greens soon 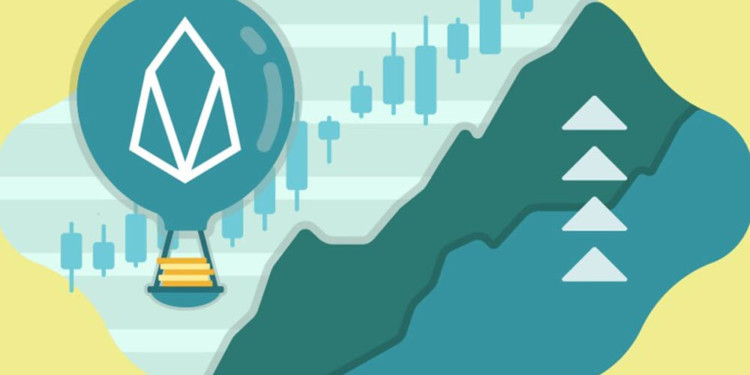 EOS.IO (EOS) price data analysis prediction informs that the currency is recovering from the effects of the crypto-rush as, on June 30, its price reached highs of almost six and a half dollars ($6.4) however, the crypto’s price action is fluctuating widely and the price dropped to five and a half dollars ($5.56) on the very next day.

The price of the cryptocurrency has been increasing steadily since July began. The token has formed an ascending triangle that is considered a bullish trend. Although the price action has not been able to break past certain key resistances, an ascending triangle may be signaling a breakthrough.

On the 12-hour chart, the cryptocurrency has been forming ascending support since the beginning of May and has touched the support four times since then.

The support also coincides with the support for the ascending triangle previously mentioned. This means that if the triangle breaks, the ascending support will be broken as well and the price may fall below. 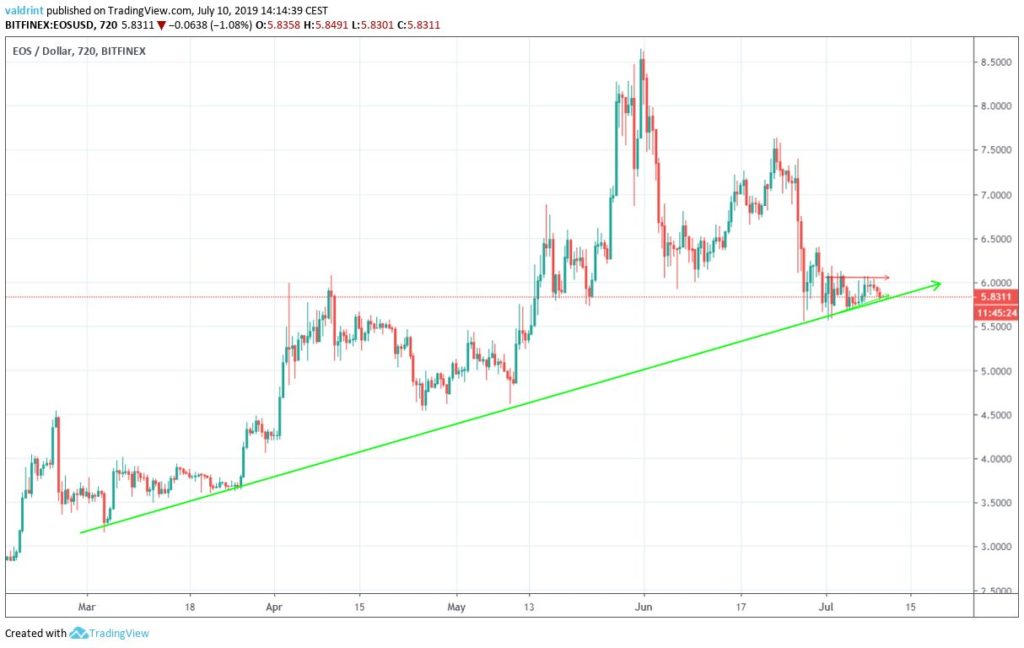 However, the relative strength index (RSI) is strongly positive that this will not happen.

Furthermore, the RSI has been forming a bullish divergence since the last week of June. Although the divergence is prominent on the 12-hour chart but is not observed on any charts longer than that.

The price action is also bullish on the 12-hour moving average (MAs) and that too supports a breakout above the resistance. Moreover, other MAs indicate that an uptrend has already begun.

All of these factors indicate that the price will be spiking sometime soon. All of this depends on the price action breaking above six dollars ($6.4) where the only substantial resistance lies.

However, the crypto is struggling against Bitcoin as the latter climbs at an incredible rate against the US dollar.

Moreover, as Bitcoin’s price action continues to diverge from other altcoins only instability and insecurity will grow in the altcoin ecosystem. Regardless, the crypto has not completely diverged yet and whether it will remains to be seen.