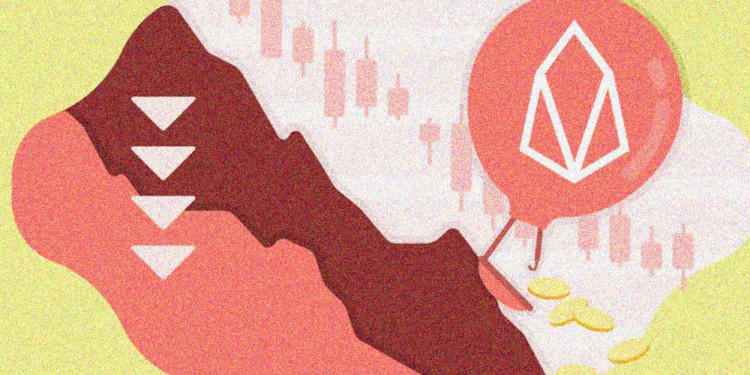 EOS price analysis reveals that EOS is just another cryptocurrency that got hit with the market after Bitcoin dip on the 14th of August, 2019.

EOS has been hovering between three and a half dollars ($3.57) and four and three-quarter dollars ($4.75) for the past thirty days. 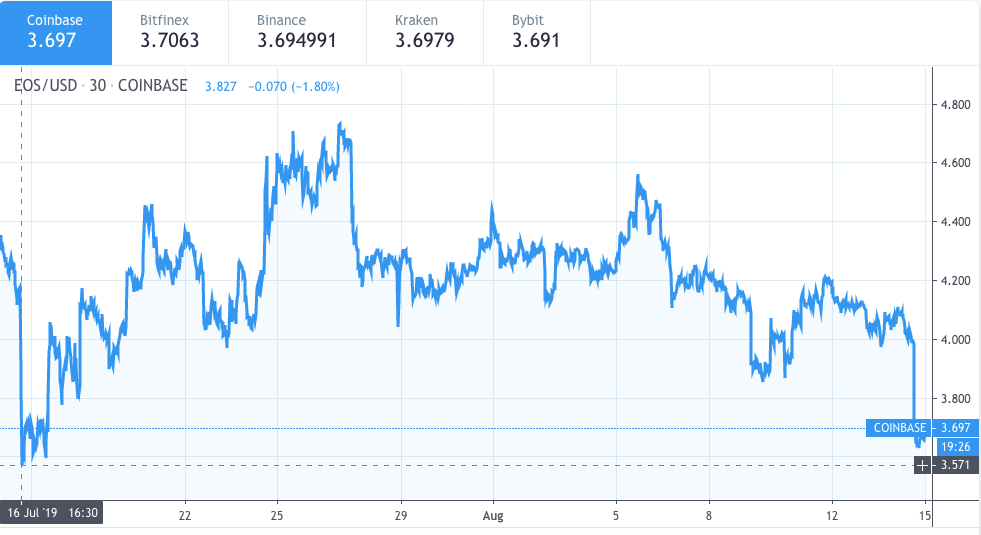 However, the price fell down to three and three-quarter dollars ($3.871) on the 9th of August and the EOS price has been close to this range ever since.

EOS price consolidated between the 20-day estimated moving average and over three and a half dollars ($3.8723) for the last few days.

Now price action has turned for the worse as the price fell below the support as demand declined, which is a bearish indicator.

If the price fails to rise above the 20-day EMA the support at three and a quarter dollars ($3.30) is also likely to be broken.

On the other hand, if the price rises next resistance can be found at four and three-quarter dollars ($4.8719).

Above that price can rise up to six dollars ($6) if it can close above the resistance at four and three-quarter dollars ($4.8719) mark.