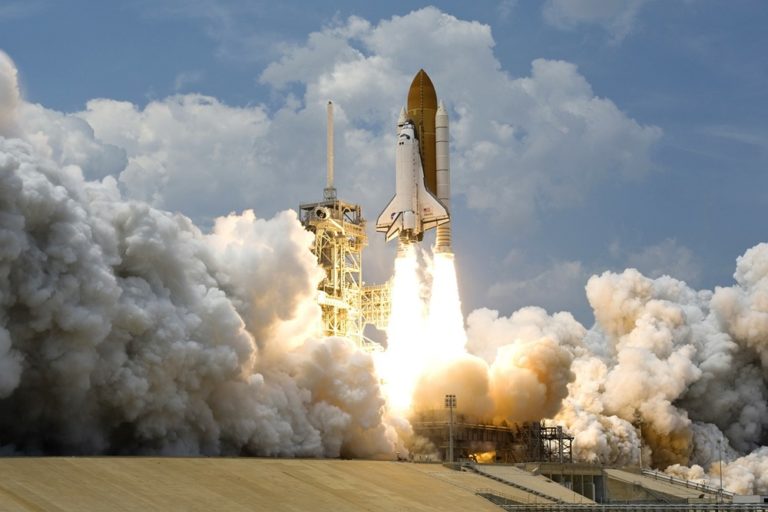 Although the cryptocurrency industry has come a long way Bitcoin and DApp growth continue to face scalability challenges.

From the very beginning, Bitcoin was set out to become the universal currency – a currency devoid of manipulation and any form of governance. However, it’s been years since its inception, and its application remains limited to trading and cryptocurrency-related projects. While insufficient security in transactions could be one possible reason for its circumscribed adoption, another critical issue is its scalability.

Network congestion still continues to incense Bitcoin users worldwide. As if waiting in long queues was not daunting enough, Bitcoin transactions end up taking several minutes to confirm, which means, buying groceries or purchasing items online is taking longer than before. Naturally, that leads us to one question – is the technology taking a step backward?

Thus, triggered the DApp growth in the cryptocurrency market. The ingenious technology that has already entered its way into the mainstream through the likes of Samsung and LG is making significant strides to enhance the scalability and trigger DApp growth.

Bitcoin fares poorly when it comes to transaction speed. To offer a perspective, the world’s biggest payment processor, Visa boasts of twenty-four thousand transactions per second as opposed to Bitcoin’s meager seven per second. This goes to show that the technology simply isn’t adequate, yet. However, fret not! Lightning Network offers a way to fix this issue.

The two-layered protocol operating on the blockchain-based platform is capable of executing instantaneous transactions simultaneously, irrespective of network traffic. Besides, by dramatically reducing transaction costs, it primarily drives its mainstream adoption.

Now, with two of the biggest hurdles out of the way and Lightning Network preparing to propel the DApp growth, we stumble upon a common fundamental question – what is DApp and why is it so important?

But what is DApp?

At its core, DApp is a decentralized open-source application that connects users and providers directly. A fairly new concept, it is basically free from centralization and censorship and facilitates seamless transactions without the need of go-betweens.

While Bitcoin paved the foundation of the first DApp, Ethereum went an extra mile and emphasized on security and scalability by creating an alternative protocol for building decentralized applications. Then entered the EOS blockchain that solved the underlying problem of scalability.

In essence, its delegated proof-of-stake (DPOS) protocol is more scalable than any proof-of-work consensus. They are relatively faster and regarded as the most decentralized approach to consensus mechanism. The limitations, though, lie in its supply cap set at approximately 90GB and the demand rapidly surpassing the supply. This is where EOS comes into the picture.

Another potential alternative solution is the vRAM system that is compatible with RAM, decentralized, and enables unlimited storage capacity to developers.

Indeed, the blockchain technology industry has grown leaps and bounds since its humble beginnings in 2009. However, for us to witness its full-scale adoption, scalability must be enhanced. And while the Lightning Network is whatever it can to take scalability to the next level, EOS is taking the lead in driving DApp growth.