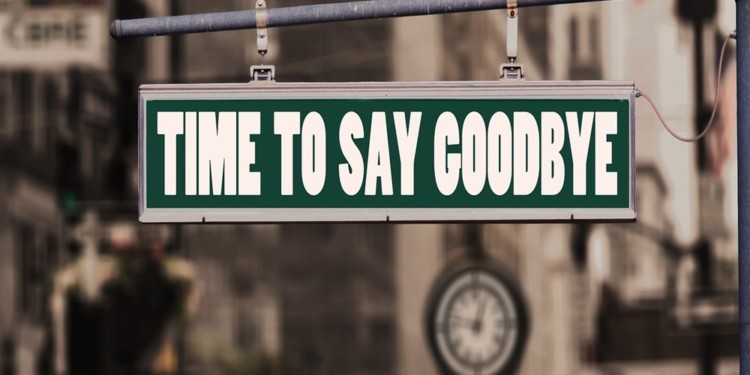 The firm anti-cryptocurrency stance assumed by the People’s Bank of China has started to claim its victims with as many as five cryptocurrency exchanges calling it quits due to unfavourable business environment.

China is coming down hard on crypto with regulators issuing a series of forewarnings that make it clear that digital assets trading is not welcome in the country. The financial watchdogs have demanded that cryptocurrency-related firms put up the shutters and investors be wary of the consequences that arise from trading in digital assets. This massive scale clampdown comes weeks following the Chinese leader Xi Jinping sent markets into a state of frenzy with his strong advocacy for blockchain, thereby triggering cryptocurrency speculation.

Weibo, a Chinese language microblogging website terminated the accounts handled by leading cryptocurrency exchange Binance Holdings and blockchain platform Tron. Earlier, China-based exchanges Bitsoda and Akdex put a halt to their services in China. Btuex announced that it would reopen to serve only foreign customers whereas Idax that it no longer intends to serve Chinese customers.

Moreover, Beijing based crypto exchange platform BISS was raided by the Chinese authorities last week, forcing it to shut down and extending its cooperation to authorities with their crackdown.

Thus, fearing the worst, a 26-year-old computer engineer and an avid crypto trader from the city of Changsha, frantically moved all his holdings, worth almost seven million yuan, from his Binance and OKEx account to his wallet address.

A Los Angeles based cryptocurrency investor and asset manager, Katie Talati, who also heads the research department at Arca, states that China is as authoritarian as it can get right now. Similar to Japan and its other counterparts, China is feeling the need to have tighter control over all its industries, be it cryptocurrency, mining or asset issuing firms.

Touted to be one of the biggest clampdowns on the sector since the previous cleanup took place in 2017, its implications are far-reaching. The largest cryptocurrency, Bitcoin price, plunged to its lowest worst figure since November 2018, almost triggering a selling hysteria.