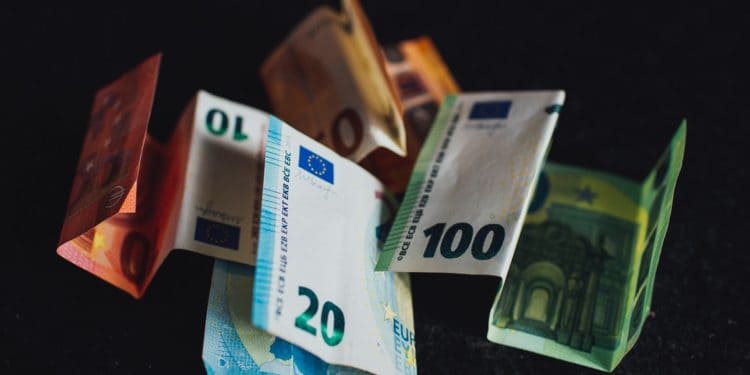 According to Zhang, state-issued central digital currencies flip sides are linked with low tariffs and efficiency. During his February 28 talk, which was released to the internet on March 19, he said:

In some countries, the cost of managing cash can be very high on account of geography, and access to the payments system may not be available to the unbanked, rural, or poorer population.

Zhang highlights the advantages of a CBDC

Mr. Zhang also mentioned the high financial inclusion associated with CBDCs. He said that state-issued digital currencies provide individuals with a digital means of payment without the need for a bank account. The IMF director also stated a handful of other advantages such as firmness and a reinforced monetary policy.

Moreover, the IMF director stated that a state-issued cryptocurrency could help lessen the influence of other private digital currencies. He says:

“A domestically issued digital currency backed by a trusted government, denominated in the domestic unit of account, may help limit the adoption of privately issued currencies (e.g. stablecoins), which may be difficult to regulate and could pose risks to financial stability and monetary policy transmission.”

Moving forward, the IMF director, also as part of his speech, touched on central bank digital currencies flip side. Mr. Zhang emphasized on the significance of a suggested state-issued digital currency structure in curbing prospective risks.

According to Zhang, other central bank digital currencies flip side is that they could drive people off banks, on top of exerting pressure on banks’ financial status. The director noted that it could also suffer toll and go through various challenges to achieve a CBDC. He said that central banks should invest a considerable outlay of resources, and it could also pose a threat to their stature.

Furthermore, the subject of CBDCs has been of great interest recently. The Swedish central bank commenced the piloting phase of its CBDC back in February. Many other central banks across the world have discussed the project; however, not everybody is interested in CBDCs.