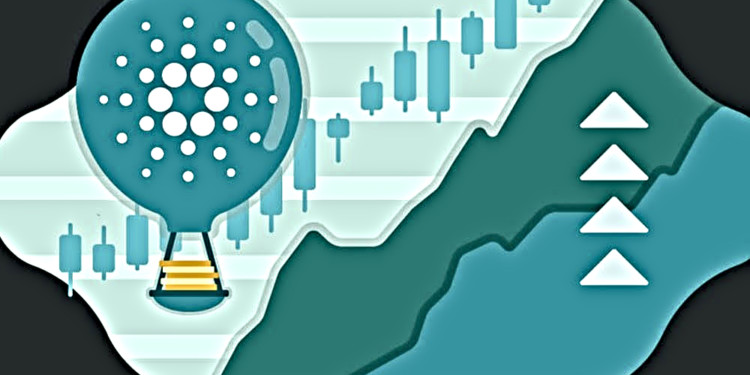 Cardano (ADA) price has noted a fifteen percent (15%) drop from yesterday’s opening to present price. The presently ongoing crypto conference ‘Consensus’ the prices of the cryptocurrency in the market have been unpredictable.

Mammoth increases in prices have been witnessed during the past week with the market leader- Bitcoin’s price escalating beyond eight thousand dollars ($8000).

These impulsive price activities have also been significant the past two days but their direction has been the opposite.

Where Bitcoin is presently trading at seven thousand three hundred dollars ($7300) and the majority of altcoins are trailing behind their worth against Bitcoin.

In terms of USD price, Cardano (ADA) price has noted a fifteen percent (15%) drop from yesterday’s opening to present price. 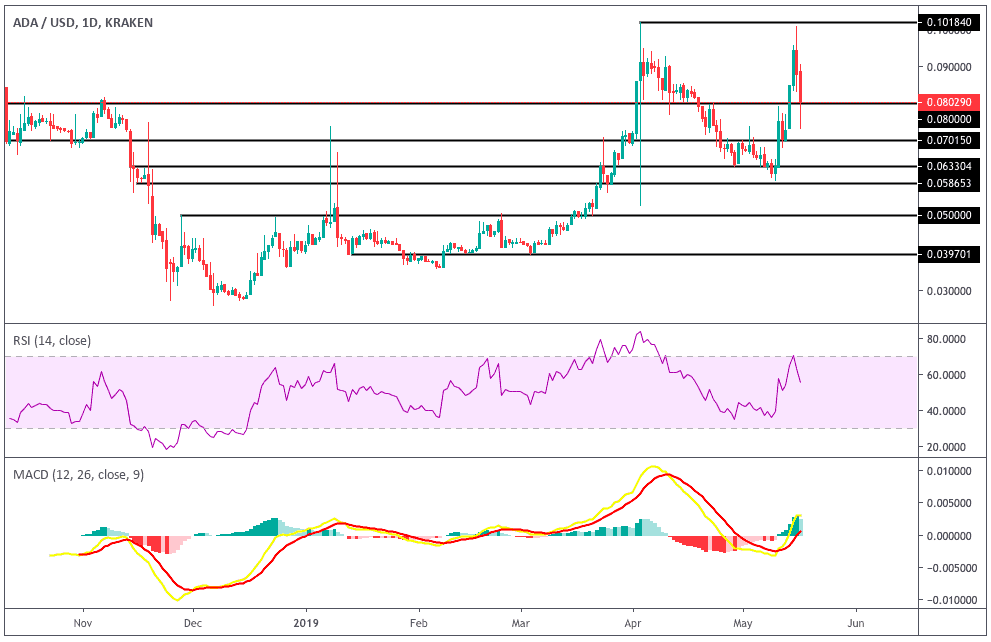 Selling pressure appears to be coming in at this support turned resistance level. The ADA price has been dropping its worth against Bitcoin for a long time.

The price has been experiencing an abrupt down-trend since the price shaped a high of one thousand nine hundred and forty-four satoshis(1944 sats) in the early days of April.

The ADA price has devalued over fifty-three percent (53%) to a present low formed earlier this week nine hundred and ten satoshis (910 sats).

The price noted some robust increase against Bitcoin this week when the ALT market documented a solid price show. In addition, the 4-hour MACD and RSI indicators are decreasing, signalling the shift towards selling.