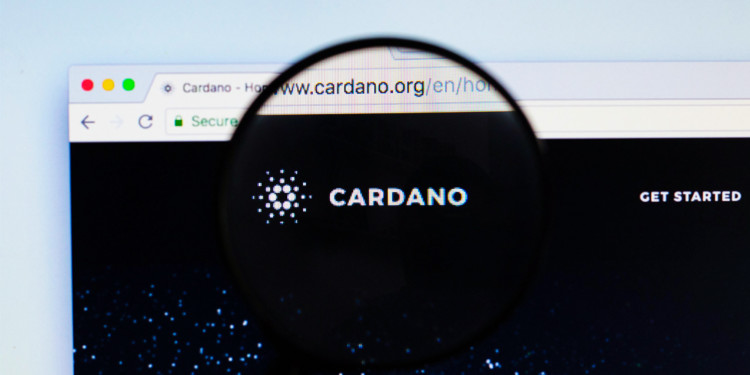 The past week’s earthward action trend indicates that Cardano ADA price has found itself in the still trade region with only slight movement by the bulls since the last update.

The Cardano ADA price chart indicates that for the past few days, the bulls have been treading softly in expectance to a breakout in the short-term. The market is correcting gains of +0.69 for which an upward slope could be expected in case the demand follows suit.

Cardano ADA price chart by Trading View
As indicated by the graph above, this week’s average rests at $0.04139.

When looking at the downward sloping channel depicted on the daily chart, Cardano ADA, -1.79 appears bearish but has seen a comparable growth over the past week.

The Relative Strength Index, currently resting at 34.84, has indicated bullish features for quite some time now. The market, however, is downcast with ruffled price actions. 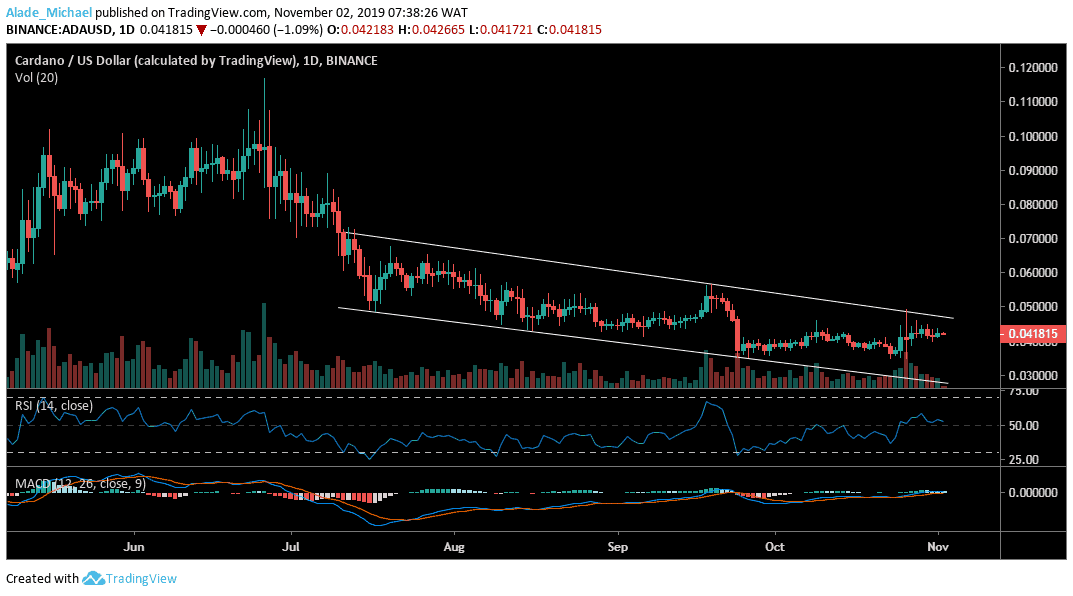 October 25 showed Cardano reaching the top boundary of the wedge only to now fall back to the lower end. The cryptocurrency has been lingering around the $0.045-0.040 marks.

The technical viewpoint would suggest the decline against the US Dollar as fluctuations continue to occur, showing potential support at the $0.038 and $0.035 marks. In case the opposite occurs, resistance will be met at $0.046 and $0.050. 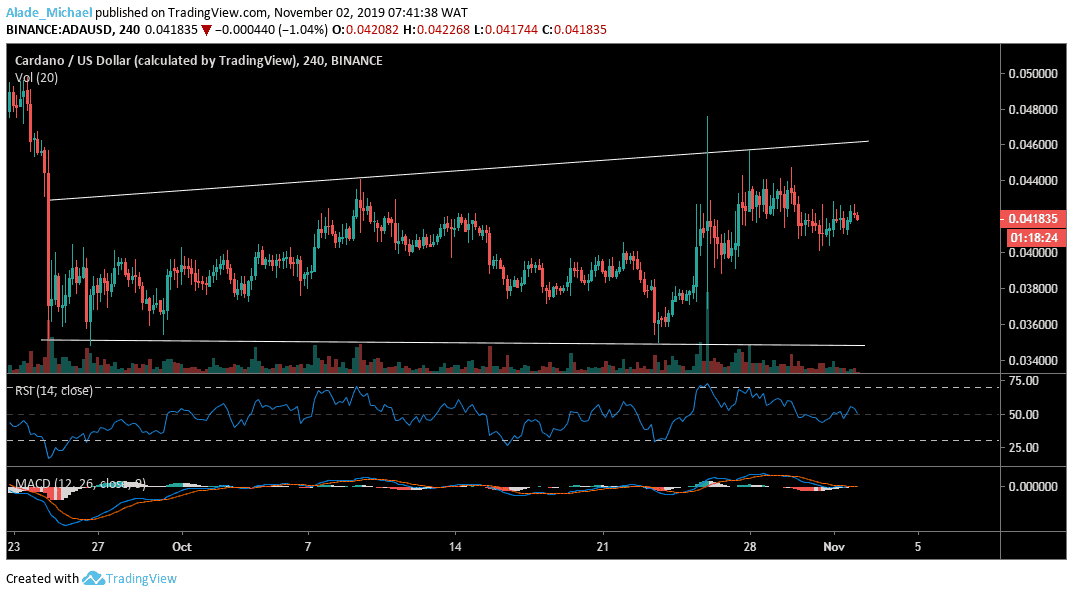 The prediction for the short term: Bearish

Conforming to the shape of an isosceles triangle via the tight range, the hour-by-hour chart indicates a potential increase in volatility (which could occur in any direction). In case a gush occurs, from the top, resistance will be met at $0.046. 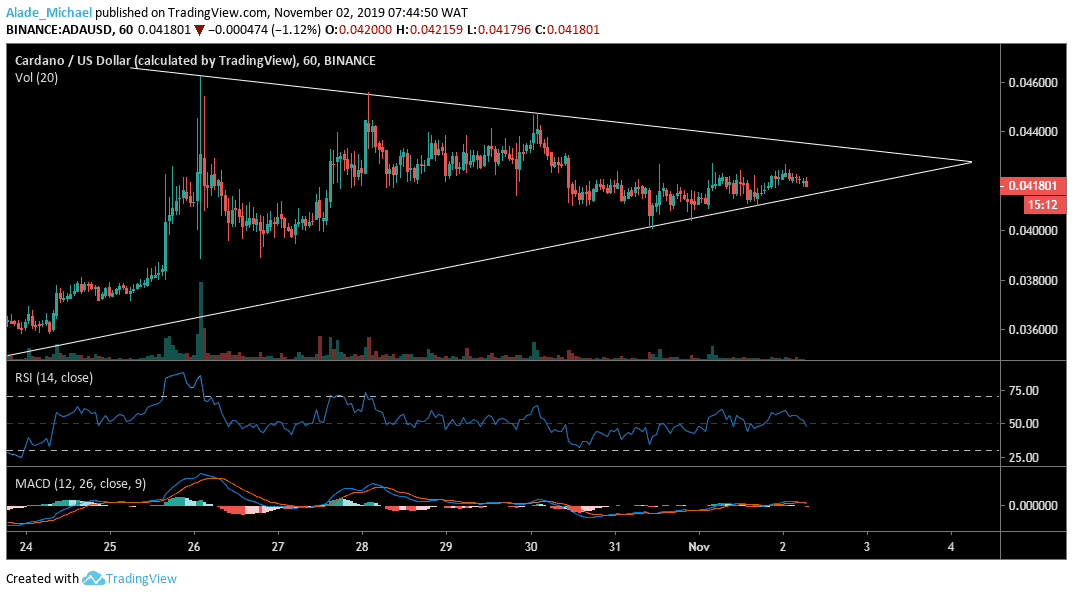 What do the averages say?

As indicated by the graph above, the 50-day Simple Moving Average (SMA) closed at $0.04213320, forming a head and shoulders pattern on the 27th of October, thereby showcasing the fluctuations.