At CES 2020, conducted in Las Vegas earlier this month, the focus was on some of the hottest trends in consumer electronics – from 5G internet connectivity, lightning speed yet environmental-friendly cars to voice assistants, and more. What may have perhaps stolen the show was bringing blockchain to the dinner table.

Not literally, of course! But blockchain was the center of attention at CES 2020. Chef Aaron Sanchez strongly believes that food is an emotion and the language we all speak, which is why accountability, transparency, and quality matter when it comes to reinstating the trust back in the food ecosystem.

Keeping these issues in mind, IBM has built a modular solution based on blockchain, called the IBM Food Trust, which is a collaborative and an extensive network of farmers, suppliers, wholesalers, retailers and all others involved in the food supply chain, who ensure that there is transparency in the system for safer and sustainable food for all, and that was the theme at the CES 2020 dinner conducted with renowned chef Aaron Sanchez and tech giant IBM in-charge.

Sanchez put together a scrumptious three-course meal by sourcing the ingredients using the IBM Food Trust based on the digital ledger technology. The idea was to have gained end-to-end transparency and know where the ingredients come from, how they were sourced, packed, and supplied.

Bob Lord, who is a senior vice president at IBM, announced at the dinner that the project aims at certifying every ingredient on the blockchain. In the future blockchain will make food secure and sustainable, and that’s our promise, Lord continued, and what you will taste tonight will be corroboration of that. Tonight, you will experience food made using blockchain, he declared with pride.

Why Chef Sanchez believes in blockchain

Meanwhile, Sanchez became fascinated by the distributed ledger technology in 2018, when he learned about how easy and quick it is to determine the source of ingredients and track its journey from farm to fork. He claims that as a chef, he has put up several dishes using unnamed and obscure ingredients.

However, blockchain allowed him to own the ingredients and the recipes he served with its originality intact. That, according to him, as a chef, puts him on another level entirely.

It is no surprise that blockchain has taken the food industry by storm as many large corporations vouch for its capabilities in guaranteeing impeccable quality and transparency. Last year in November, research showed that using the blockchain technology, the food industry can save as much as thirty-one billion US dollars ($31 billion) in fraud and adulteration. 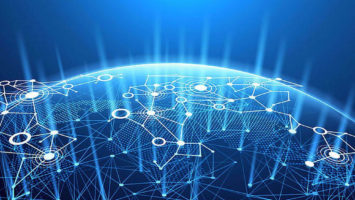 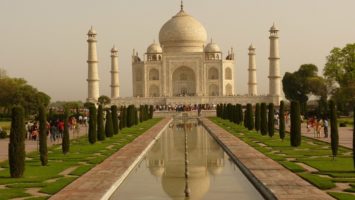