Bitcoin whales on the move with 15k BTC transfer? 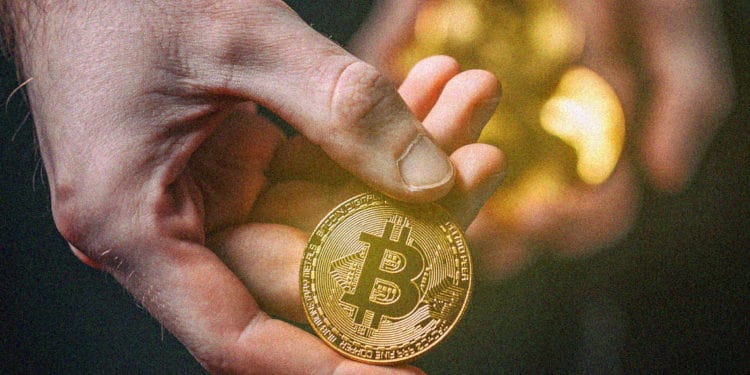 Bitcoin whales often sway the market, and it appears that the crypto giants are in for another round of play in the latest developments. Lately, there have been some large Bitcoin transactions carried out between anonymous wallets and leading crypto exchanges such as Binance, OKEx, and some others; the market could be accumulating Bitcoin.

In the last 24-hour, Whale Alert detected about a dozen transactions bearing almost 16,000 BTC worth $99,702,423. These transactions were carried out with the leading crypto exchanges such as Binance, Bitfinex, Poloniex, Coinbase, and OKEx.

The largest transaction was recorded was of 5000 BTC, while the various other transactions have been recorded by the Whale Alert service. 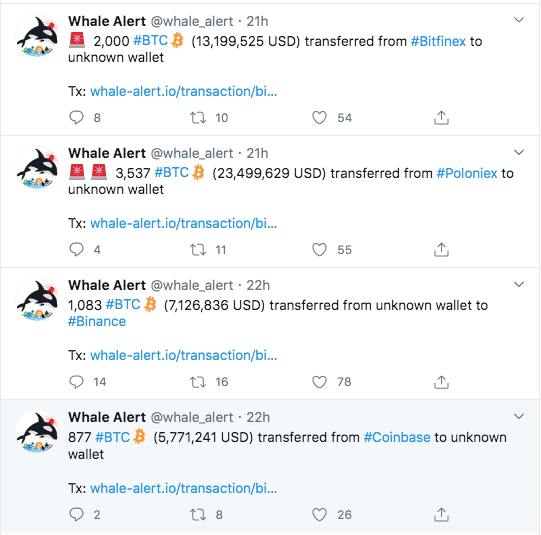 On 12th March, Bitcoin price plummeted, losing up to 50 % of its value, and after that recovered a bit, however, there were no Bitcoin whales in the play. The crypto traders started tweeting about the accumulation period that while Bitcoin would be trading in a range is going to be better for the BTC price, rather than an immediate surge.

The transactions mentioned above could be indicating that now the investors are actively accumulating Bitcoin, though some might be selling their stashes also.

#Bitcoin is making it very hard to be a perma bull.

At press time, Bitcoin is trading at $6,200 range, after dropping from $6,700 area. Various popular traders on the social networking site Twitter are tweeting in a sarcastic tone about the present Bitcoin price, stating that it might hold here for an unknown period.

However, the current set of Bitcoin whales movement recorded by the Whale Alert could be a sign of change. It is expected that the Bitcoin whales would try to sway the market upwards for a short term gain, so serious Bitcoin price thrashing can be expected.