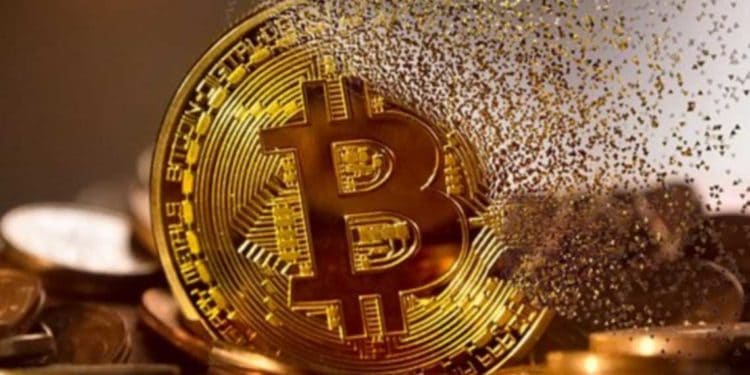 As the world eagerly waits for the third Bitcoin halving, Bitcoin tips are essential in growing your crypto portfolio to new heights. A micro investor and billionaire BTC convert Paul Tudor Jones just announced staking in Bitcoin through BV Tudor that manages assets worth over $22 billion.

In an investment letter titled “The Great Monetary Inflation,” Jones admits that the fund will hold a “low single-digit percentage” of the biggest coin in the world by market capitalization. The pronouncement has seen the coin change hands slightly above the $10,000 mark in less than 24 hours.

To many crypto goers, Paul Tudor Jones name does not ring a bell in the crypto sphere. However, the hint to invest in Bitcoin has left three Bitcoin tips that will spur institutional adoption and help in growing your personal crypto portfolio.

Tough Jones indicated that his form might stake a “low single-digit percentage” of Bitcoin Futures, the move has elicited a lot of excitement from crypto enthusiasts and fiat haters.

The move has seen the investor decision labeled a ‘big’ move into the Bitcoin club with the coin hitting a high of $9990 overnight. Here are some Bitcoin tips from Jones “investment letter” that can help you scale your crypto portfolio to new heights.

Deriving Bitcoin tips from the gold of the 1970s

In his ‘investment letter’ Jones derives his Bitcoin tips from the gold of the 1970s. He takes investors back to when gold conversion into products ready for the futures marketplace. The metal price appreciates dinning a bull market before sky diving by 50 percent in a span of two years.

This is the trend Bitcoin took during the crypto boom of January 2018, which was sparked by the future’s launch. The Bitcoin third halving will lead to the coin scarcity that will put it to the next level. 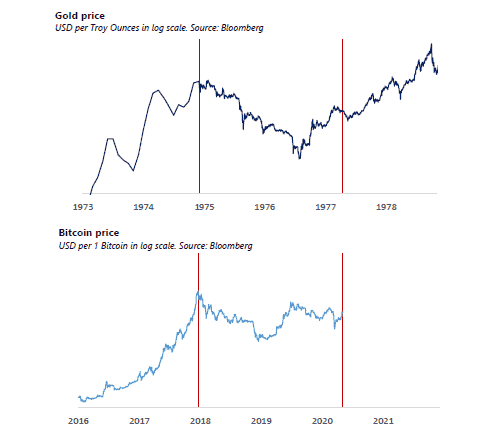 Comparison between Bitcoin and Gold price

Gold value dropped in 1977 but got its footing later to quadruple later, which reflects the Bitcoin movement by the end of 2018. The current BTC rally is, therefore, nothing strange.

With the growing BTC uptake in microeconomics, the coin role has clearly surfaced during the COVID-19 pandemic and the ensuing economic slowdown. The coin use cases have played a major role in providing help for the affected.

As per Jones, investors should stake on assets that are performing; no need to rely on “intellect,” which cannot dictate the direction the market goes. Market trends are the best indicators to make wise decisions; he concludes:

At the end of the day, the best profit-maximizing strategy is to own the fastest horse.

Surprisingly, the fund manager confessed that Bitcoin is not among the best when compared to traditional illiquid assets. It is hard to compare the Bitcoin store of value tag with traditional assets since its purchasing power, trust, and liquidity are low. However, it comes top in the profitability front compared to the yellow metal and fiat. The billionaire and edge fund managers go on to add:

For Bitcoin MCap to thrive, more awareness is needed. He goes on to add that launching the Libra Project and DCEP in China can contribute positively to the BTC market share. These actions can trigger crypto adoption and increased global penetration. This would increase market trust and give the digital asset the missing purchasing power.