Today’s trading session rise in market price marks the fourth day that the Bitcoin prices have been on a bullish move after a small bullish flag pullback had formed for few days. The current bullish move is from a bounce from the support levels at $10300, where the prices failed to break the resistance level to the downside.

However, there is a large likelihood that the prices will not be able to break this resistance level. Instead, the prices are expected to face a huge resistance at that level, resulting in the prices reversing to a bearish market. The bearish market will be looking to retest the support levels along the ascending trendlines, which will likely result in another push to the upside.

Bitcoin trader, mohammad1378, in his Bitcoin analysis on the daily chart also holds a similar view on where the bitcoin prices are heading. Using a parallel ascending channel, the trader demonstrates how the crypto has been trading within the structure for the past few weeks, showing how prices have slowly gained momentum to the upside.

The current prices on his analysis indicate that the prices bouncing off the lower trendline of the ascending channel. The trader also indicates that there are many resistance levels as the crypto approaches the upper trendline of the ascending channel. One of these resistance levels is near the $12484 support levels, which the trader is optimistic that the prices will hit.

The bitcoin price action analysis in the one hour chart indicates that the prices are currently on a high momentum bullish push. Short term traders looking at the hourly charts will be able to find opportunities to go long on the crypto, whereby the markets are expected to hit the $11954 resistance levels. 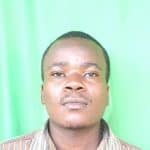