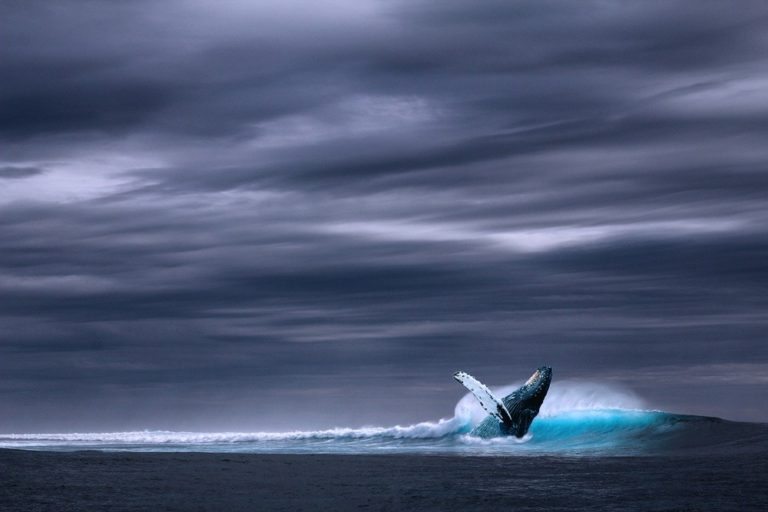 Blockchain education start-up Longhash has released a report that takes a stand against the 2017 Bitcoin market manipulation theory and claims that the Bitcoin bull run of 2017 could not be the result of a single whale.

John M Griffin and Amin Shams revealed earlier this month that the dramatic Bitcoin price movements in 2017 were, in fact, caused by the inflated manipulation efforts led by the disputable cryptocurrency issuer Tether and the infamous cryptocurrency exchange Bitfinex. It shook the cryptocurrency space by stipulating that it was not the investors but a single whale driving the markets back in 2017.

And while several investors felt deceived, others laughed off at the idea of a single whale being the driving force behind such a degree of manipulation. Blockchain firm Longhash is among the latter.

On 18th November 2019, the researchers at the crypto analytics firm published a report with a more in-depth insight into Tether Purchasing Power and whether or not Tether could drive the markets single-handedly.

Longhash explains that the metric measures demonstrate just how much Bitcoin could be purchased using the entire Tether supply at any given time. It implies that the higher the figure, the more likely it is for the stablecoin issuer to control the market potential.

However, the statistics demonstrate that during the 2017 Bitcoin bull run, Tether’s purchasing power lasted until summer and began to decrease towards the end of the year, at a time when Bitcoin was still busy hitting its all-time high figures.

According to Longhash, given the fact that Tether purchasing power was at its maximum best during Bitcoin bearish run during 2018, its chances to exploit the market situation increase when Bitcoin witnesses a downward trend. Thus, the claim that Tether was behind the Bitcoin price upswing of 2017 contradicts this fact as its influence would be minimum during that time.

To put it simply, when Bitcoin price falls, Tether purchasing power moves up, and that wasn’t the case in 2017 at all, claims Longhash.

Others join in to contest the theory

Meanwhile, both Bitfinex and Tether rubbished the allegations made by Griffin and Shams. Bitfinex went on to add that two researchers have literally fabricated this story on a house of cards and that they have no evidence to substantiate this claim. The two have no knowledge of how the market functions, thus making their allegations entirely baseless, Bitfinex declared.

At the same time, Juan Villaverde and Martin Weiss of Weiss Ratings agency also denied claims of an alleged hoax and questioned the whole one-whale theory. Per them, the fact that cryptocurrency exchanges at the time were unable to onboard new customers, Google searches for keywords including Bitcoin and cryptocurrency soared through the roof and industry witnessed a surge in crypto-related businesses and ICOs, all suggest that Bitcoin bull run of 2017 was a result of a mass phenomenon.