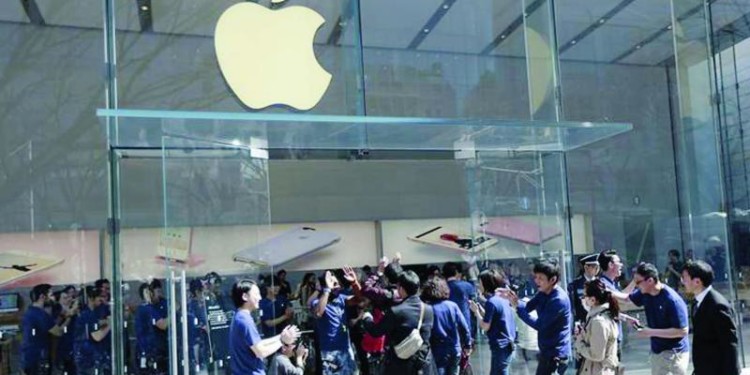 Cupertino giant, Apple’s suppliers in Asia have been cutting down the sales forecasts as an anticipated move to reduce iPhone sales since the U.S – China trade is on. The consequence of this war is the loss of revenue for companies such as Taiwan Semiconductor Manufacturing Co (TSMC) which was singlehandedly supplying the iPhone’s core processor chips.

Bernstein Research analyst Mark Li blamed the reason for poor sales of the iPhone as shipments of the high-end smartphone are expected to fall by around 13%, and this trend started late last year. Li said- “We think that the current major slowdown at TSMC is mostly due to the lackluster iPhone sales, and we have forecasted that TSMC could only grow by some 0.5% for all 2019, but they will resume growth of around 9% by the year 2020.”

Apart from the trade war between the US and China, TSMC executives have also blamed the decline in demand for premium smartphones and global economic uncertainty for the decline in revenue.

Yet another Apple supplier which is recovering from the trade war pain is Nidec is the sole source of the iPhone’s vibration motor. The Japanese-based firm is expecting that its full-year operating profits will decline by more than 25%. This is the first time ever that Nidec has expected a fall in full-year operating profit in the past six years of its operation. It is also the first time ever in the nine years when Nidec would be registering a drop in sales.

On Monday CCN reported that the Chinese smartphone maker Huawei is all set to take over Apple as the second-largest handset manufacturer after Samsung. The iPhone’s production volumes have been declining but Huawei is expecting its numbers to increase to a whopping 225 million smartphone units in comparison to Apple’s 189 million.

Apple’s biggest revenue generator is iPhone, and its stocks have fallen from its highest recorded last year in October. Because of this, Apple has reduced its production.

In comparison to other big technology stocks, Apple has disappointed since it is the only one in the FAANG family which hasn’t improved sales. Since the beginning of the year, Netflix has seen an increase by up by 33%, Amazon by 9%, Google by 5% and Facebook by 3%. But Apple hasn’t seen an increase and its shares are trading at around $155, which is way less than the monthly high of about $159.