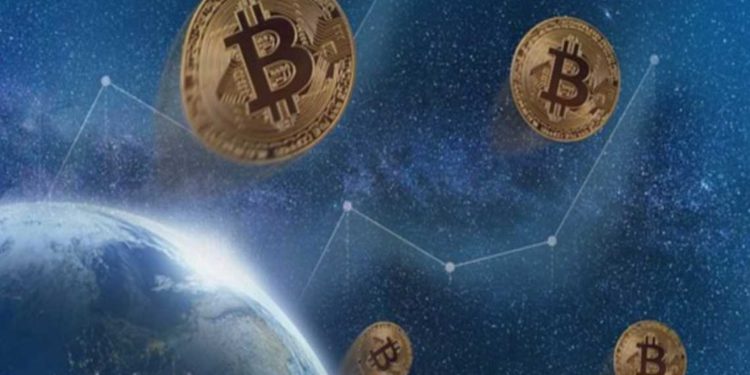 April Bitcoin performance has seen the digital asset come tops globally after beating gold and S&P 500. However, the three asset classes close the month trading in the green. The period saw the digital asset climb from a low of around $6,400 to hit a high of $8,700 at the close of the month a 34 percent spike.

Bitcoin was closely followed by S&P 500 which managed a spike of 12.7 percent while gold trailed by 6.7 percent. This is in total contrast compared to the month of March with the three global were trading in the red. 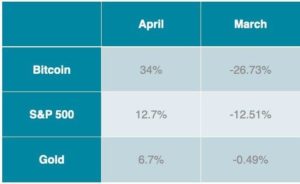 It is clear that the April Bitcoin performance was affected by the COVID-19 pandemic with an extended March market blood bath. The pandemic has not only interrupted Bitcoin but other market players including gold and S&P 500. The situation was so dire that the U.S. stock market deployed circuit breakers three times in March alone.

Circuit breakers are U.S. Securities and Exchange Commission’s (SEC’s) tools used to control the S&P market index fall below a predetermined level. This mechanism was introduced in 1987 and triggered ten years later during the 1997 market crash.

Unfortunately, the SEC circuit breakers do not cover Bitcoin and other crypto-assets and could not salvage the market crash on February 13. However, there is a correlation between Bitcoin and the stock markets which partly explains the April Bitcoin performance.

With the U.S. Federal Reserve economic support, the correlation between the stock market and Bitcoin will still play a major role in the uncertain future of the digital money markets. The Bitcoin halving is set to act as a catalyst albeit in the short term according to the Blockchain.com Head of Research Garrick Hileman:

It’s going to take at least four to six months post halving before we can say if we’re seeing a similar pattern to what we say four and eight years ago in terms of the upward price movement.

Many investors are looking for safe havens in these times of uncertainty and Bitcoin can provide the right asset class to navigate through the current economic hard times as Hileman sums it up:

Bitcoin will continue to be volatile over the next few months, but the macro backdrop is WHY it was created. This will be and needs to be BTC’s year.