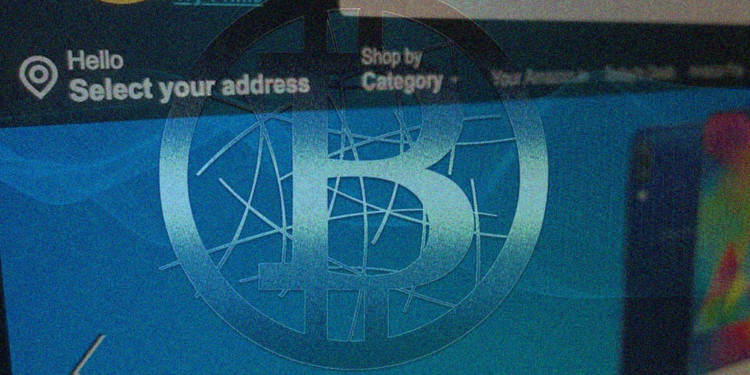 Amazon India promotes Bitcoin in a unique style; through a poll survey, it has circulated during the Great Indian Festival Sale on the platform.

Unlike other surveys that ask which is their favorite cryptocurrency or what is the best payment method to use, Amazon India promotes Bitcoin in its event-based quiz survey. The survey asks the customers which of the methods is unavailable during the festival held on Amazon India. 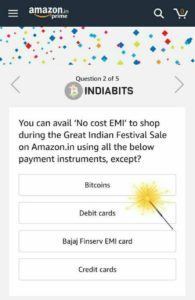 The question is a part of the regular Amazon quizzes and happens to be the second question on the quiz. The question reads:

You can avail “No cost EMI’ to shop during the Great Indian Festival Sale on Amazon.in using all the below payment instruments, except?

The answer list of the choose the best answer quiz include, Bitcoin right at the top followed by Debit cards, Bajaj Fiserv EMI card, and credit cards.

Given the fact that Amazon keeps popping Bitcoin and cryptocurrencies in its quizzes, the poll asks some five thousand and eight hundred (5793) participants of the group whether or not Amazon would be launching a cryptocurrency soon?

Almost seventy percent (67.96%) respondents of the survey believe that Amazon would soon be launching a cryptocurrency of its own.

While almost seventeen and a half percent (17.48%) believe that; despite having ventured into the blockchain, Amazon is unlikely to launch a cryptocurrency.

Whereas about fourteen and a half percent (14.48%) would want to see an Amazon cryptocurrency but are not certain, it would happen.