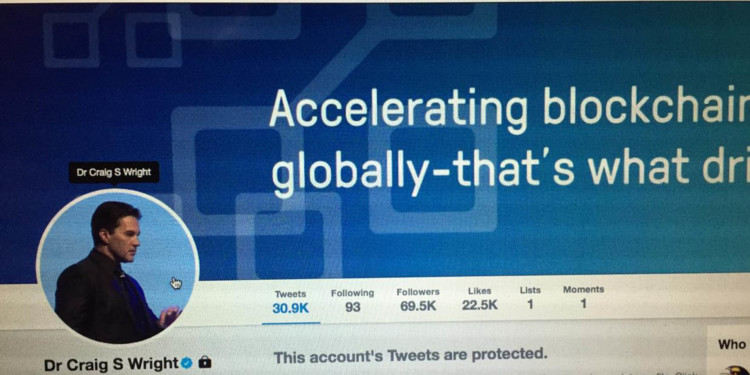 Dr. Craig Wright is the renowned man behind the pseudonym of Satoshi, and he is also the creator of Bitcoin, i.e., allegedly. Because of being an important figure in the crypto space Dr. Craig Wright has had his fair share of controversies. He has recently been the center of attention because of a comment he made in a Tweet against Andreas Antonopoulos on the public platform Twitter.

Andreas Antonopoulos is a popular Greek-British bitcoin advocate. He is also the hosts of the ‘Let’s Talk Bitcoin’ podcast. Dr. Craig apparently accused him of promoting Bitcoin in a bad light for the public. He further proceeded to say that Andreas Antonopoulos knows nothing about the topic of cryptocurrency and therefore knows nothing about Bitcoin.

In the tweet, he said that anything that Andreas Antonopoulos is saying could not be true as all his facts are wrong as he fails to teach how blockchain and crypto technology works.

This is not Dr. Craig’s first encounter with misconduct on social media, and he has previously faced charges because of his demeanor. Recently a federal court refused his request to drop a lawsuit against him. In this lawsuit, he was being held responsible for misusing billions of dollars worth of crypto property.

After all the allegations and rude comments, Dr. Craig made about Andreas he himself has failed to show any evidence to prove that he really is Satoshi Nakamoto. This twitter war may make users investigate who he really is.